Tel Aviv: A City On The Move 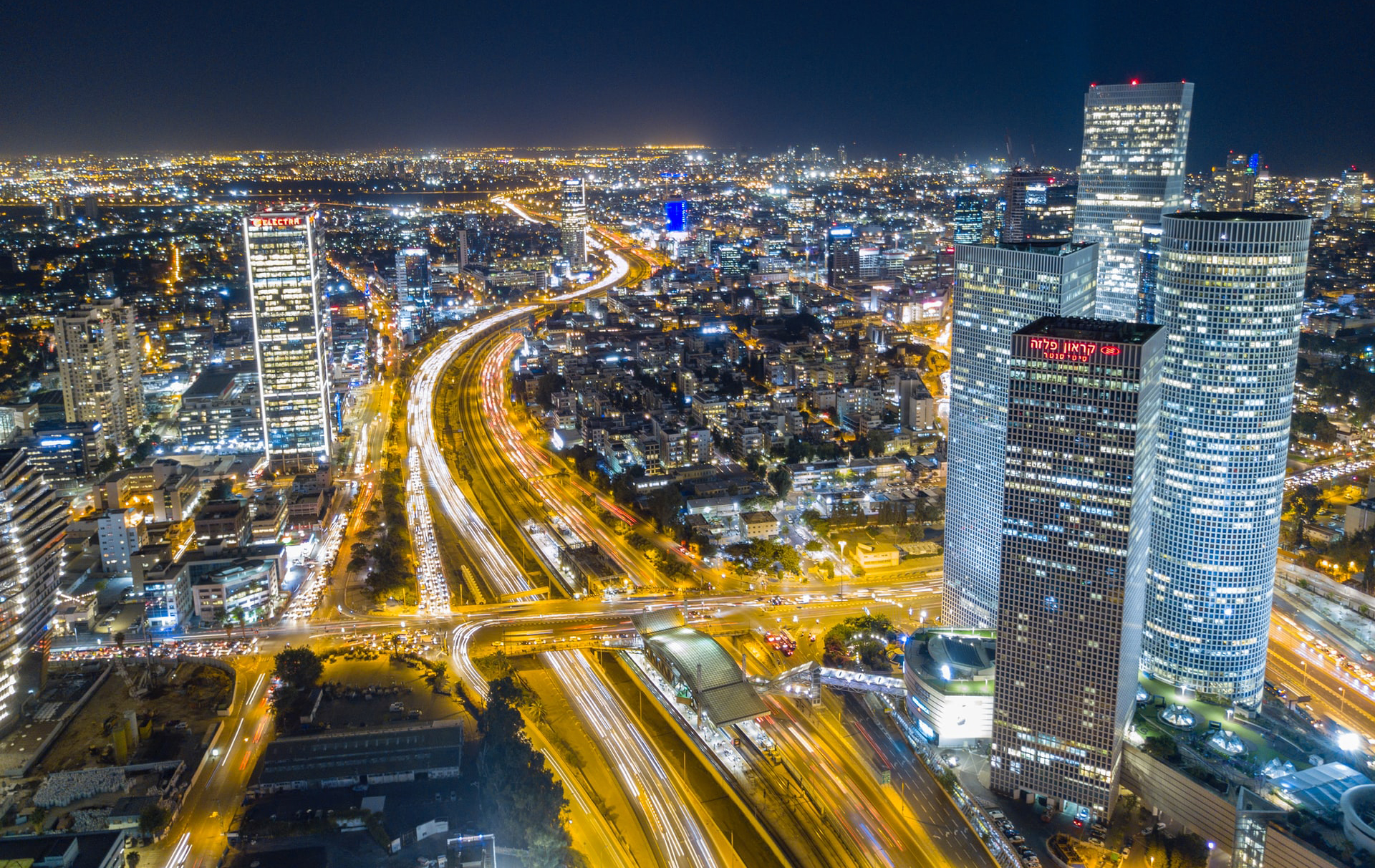 Israel’s luxury property market, led by Tel Aviv, is on the move, not a revolution but an evolution, and the arrival of London based Beauchamp Estates, a global leader in luxury property, is a good barometer of how the market is moving.

Famed for its Bauhaus and Colonial architecture, Tel Aviv’s current property evolution began a little over a decade ago, but if you had to pinpoint a specific date or landmark that started the shift it would be the Meier on Rothschild Tower, on Rothschild Boulevard. This literal and metaphorical landmark development was design by Richard Meier, the American abstract artist and architect, whose work includes the Barcelona Museum of Contemporary Art, the Getty Centre in Los Angeles and San Jose City Hall. Work started in 2008 with the tower being completed in 2015. Since the tower’s inception, Israel’s own ‘star-chitects’ have come to the fore:  Leon Gaignebel, The Fuksas Studio (Massimiliano and Doriana Fuksas), Pitsou Kedem, Kimmel Eshkolot (Etan Kimmel and Michal Kimmel-Eshkolot) and Ilan Pivko to name but a few.

The unique mix of historical buildings, many having already been renovated and turned into hotels and high-end retail, with the shiny towers and angular features of contemporary architecture is ensuring that the Tel Aviv skyline is becoming as identifiable as global cities such as London, New York, or Hong Kong. This gentle evolution has not just been external but internal too: as little as five years ago there was no expectation to see premium branded fixtures and fittings in any property, increasingly this is something that buyers in the upper end of the market are looking for, and finding, as savy developers create product and properties of an international standard. 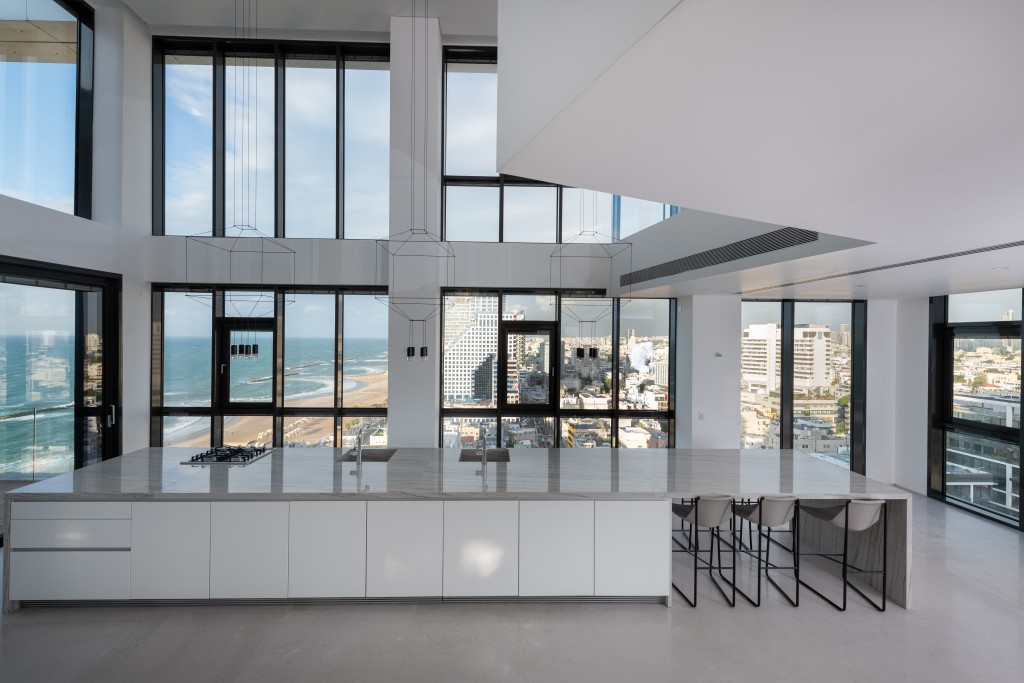 The definition of ‘luxury’ is increasingly defined at an international level, driven by principal and premium brands, that create expectations in consumers. Israel has increasingly moved towards these ‘standards’, not just in respect of high-end property but also in terms of its broader cultural, culinary and leisure offerings.

In the last five years it is fair to say that there has almost been a revolution in Tel Aviv’s cultural, culinary and leisure offerings, which has resulted in it appearing on many a young person’s ‘must visit’ list: Google placed it 5th on the top ten list for 2020, behind Da Nang (Vietnam), Sao Paolo, Seoul and Tokyo. It’s international reputation as a fun, safe, tolerant city has spread rapidly, with its annual LGBTQ Pride Parade now an international fixture. The contemporary art fund, Outset, opened its Israel chapter in 2008 and has been a key supporter of young artists, helping to create Israel’s thriving contemporary art scene. Luxury boutique hotels rival the best anywhere in the world: The Norman, also home to the Israel outpost of popular high-end London restaurant, Dinings, and the world’s first Renoma Hotel, named for the French artist Maurice Renoma, who was acclaimed by Warhol, Lennon and Picasso. The interiors have been curated by Renoma himself, with the building a perfectly marrying old and new.

Matthew Bortnick, Associate Director, Beauchamp Estates (Tel Aviv) comments, “Many people think of Tel Aviv as ‘shabby chic’, but it is a fast-paced global city, now with an infrastructure and social scene to match, having built an international reputation for tech and IT: it is no coincidence I think that Apple, Microsoft, Google and Waze, along with a number of gaming and security software development firms are located here.”

“The last five years have seen the pace of change in the city quicken, but not at the expense of historical Tel Aviv, I am glad to say.  Its coastal location and climate offers visitors and residents an enviable lifestyle, which has also been one of the drivers for people buying property in the city, either as a primary residence or second home.”

The rise and rise of Tel Aviv has brought increased interest from international buyers, which is set to increase further, following UAE’s decision to normalise relations with Israel under the so-called “Abraham Agreement” earlier this year.  Arab nations Jordan and Egypt already have arrangements with Israel but the UAE was the first Gulf Arab country to reach such an agreement and the wealth and investment power of Abu Dhabi and Dubai in particular is likely to trigger significant inward investment into Israel’s residential property market, commercial real estate sector and the hotel/hospitality industry. Some that is likely to further stimulate interest with luxury hotel brands like Kempinski, Mandarin Oriental and The Four Seasons.

“Beauchamp Estates has seen increased global interest in the Israel real estate market with buyers from the USA, UK, France, mainland China, Hong Kong, Singapore, Russia and South America. The newly established relations between the UAE and Israel, only four hours flight time apart, will create exciting new opportunities in the real estate sector. The change in relations, combined with Israel’s moderate climate, is likely to create an increase in touristic visits by Emiratis who find Israel’s proximity and lifestyle options appealing; equally, for those seeking long term investments there are numerous opportunities available, both in commercial and residential property and for those looking for a second, or even primary home that offers an exceptional life style, combing the very best of city and beach style living.”

Whilst residential property prices in Tel Aviv rose by 6.9% per annum between 2009 and 2017 over the last three years they have stabilised and, in some areas, softened slightly, providing an appealing “buyers’ market” for relocating international buyers: prices in Tel Aviv rose overall by just 2% through Q3 2020 (Source: Israeli Central Bureau of Statistics). COVID-19 slowed the market during Israel’s first lockdown, lowering volumes, but prices have remained firm, with growth expected to return post Coronavirus. Q3 2020 shas seen a three year-high in real estate sales, despite the skies being closed to non-Israelis since March. Once international travel opens again and overseas buyers can resume traveling to Israel, this growth is expected to continue.

While the suburb of Herzilya Pituach and the Central Tel Aviv neighbourhood of Neve Tzedek remain extremely popular with family buyers, there are an increasing number of people looking for “Manhattan” style apartments, perfect to ‘lock and leave’, which has resulted in increased interest in high rise developments in the Rothschild area and around HaYarkon Street, ideally with a view of the sea. These areas provide a fascinating mix of both modern condominiums alongside restored listed buildings: residents from all around the world and an interesting mix of local restaurants, art galleries, and more refined boutiques and bars all combine to create a unique atmosphere that few other places in Israel can provide. This mix of old and new, local and international, classic and modern, is a singular experience and it has caught the attention of buyers and renters from both Israel and abroad.

The area around Carmel Market, previously considered a bit of a ‘no-mans’ land, is now a rapidly developing area, defining its own ‘vibe’. While proximity to the beach is helping drive a wave of new build activity, this is not destroying the original market vibe, which has created and exciting leisure destination in the city, with a wide range of places to eat, micro-breweries and specialist coffee houses. The area is ideally located, being a short distance from the aforementioned Rothschild and Neve Tzedek Quarters, as well as the City Centre to its North.

Tel Aviv remains on average the most expensive area in Israel in which to buy, but if purchasing a second home that might at some time be let, short or long term, it is worth factoring in the generally higher rental yields in Tel Aviv: the City Centre and Ramat Aviv offer the best yields at around 3% and just above 3.5%, respectively. 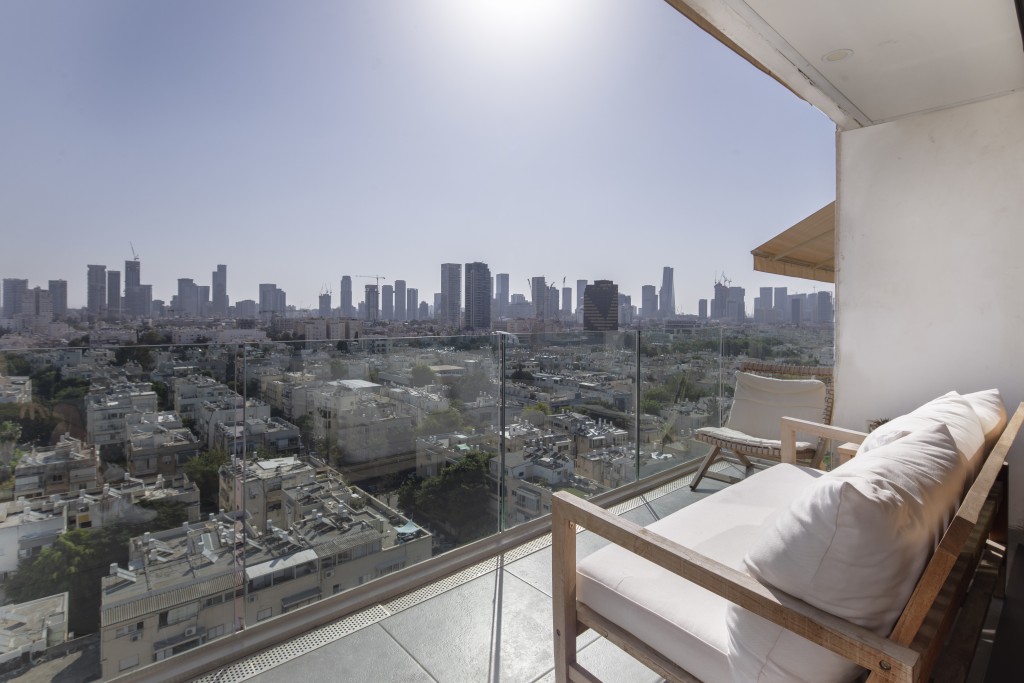