What Can We Learn From The Art of Pandemics Past 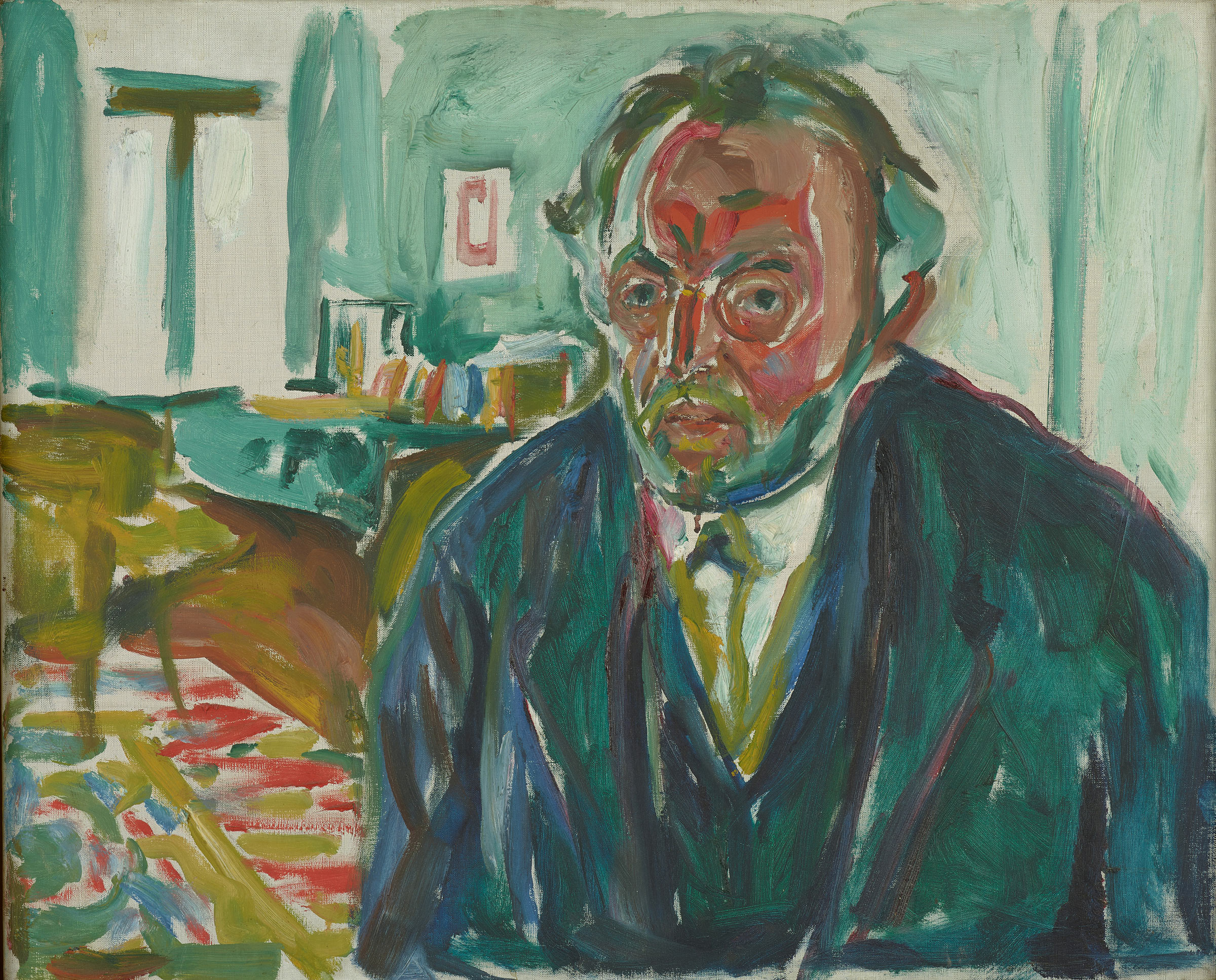 The current circumstances that the world faces are challenging, unsettling, occasionally disturbing and frequently described as unprecedented. Whilst the breadth of simultaneous global infection may be described as such, this is not the first time that mankind has faced a pandemic, nor unfortunately is it likely to be the last.

Throughout history, from an epidemic in 3000 BC that destroyed a Chinese village, to present day Coronavirus: plagues, epidemics and pandemics have arisen. The Plague of Athens (430 BC), the Plague of Justinian (541 AD), via the Japanese Smallpox (735) and Bubonic Plague (1347) on to the multitude of 17th and 18th Century Plagues, various influenza epidemics of the 19th Century, followed quickly by the mother of all pandemics – Spanish Flu (1918) and 20th and 21 Century infections: HIV, SARS, Swine Flu, Ebola and Zika. It is not a short list.

On many occasions the only barriers to infection have been prolonged periods of self imposed isolation or confinement, restricting contact with others: the results throughout history may surprise you, not only in regard to advances in science, engineering and medicine but also in art and society. 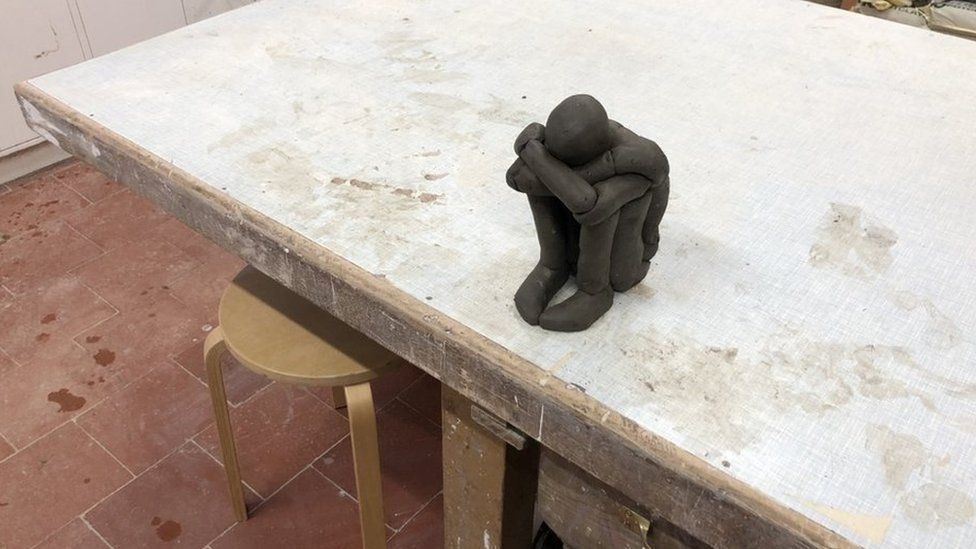 Sir Antony Gormley has been experimenting with clay during lockdown, producing works such as Hold
As seen in the BBC News article: https://www.bbc.co.uk/news/uk-52296886 Coronavirus: How artists are depicting the lockdown © Anthony Gormley

Necessity being the mother of invention it is perhaps unsurprising that these extreme situations gave rise to advances, but their impact on and depiction in art have been equally profound. Works created in periods corresponding to a number of pandemics/epidemics shows very clearly art’s role as a barometer of a society: a means by which we may take its pulse.

Illness and disease, by their very nature impact the physical being and create a situation, particularly when acute, where individuals’ priorities change in order to protect themselves and their families, forcing them to be more introverted and contained: both mentally and physically.  Accompanying this change of focus is usually a reduction in some of the other activities that fill each day.

When Shakespeare was in quarantine during the plague that swept through London, many academics believe he used the time to write King Lear, Macbeth, and Anthony and Cleopatra. Sir Isaac Newton made some of his greatest discoveries including gravity during isolation after being sent down from Cambridge University. After cutting off his ear Van Gogh was admitted to Saint Paul Hospital in May 1889: he remained there for over a year. During this time, free from interruptions, distractions and the pressure of the outside world he was free to go in varying artistic directions and created some of his best work, including ‘The Starry Night’, ‘Wheatfield with Cypresses’ and View of the Asylum and Chapel’.

Writer Mary Shelley created her most famous work, Frankenstien in lockdown in 1816 due to the ‘Volcanic Winter’ caused by the eruption of Mount Tambora the year before. William Makepeace Thackeray was on the steamship Iberia in 1844: he and other passengers had to spend seventeen days at the Fort Manoel in quarantine after visiting Gibraltar and Malta. Upset to hear that one of his fellow passengers had died he distracted himself and wrote the last chapters of ‘Barry Lyndon’.

Michelangelo, after he supported a revolt against his patrons, the Medici, was forced to go into hiding. For a period of approximately two months he lived in a small cell, drawing on the walls with charcoal and chalk to relieve his boredom. In 1975 the space was found by chance by custodians who discovered a trap door in a room directly below the Medici Chapels. 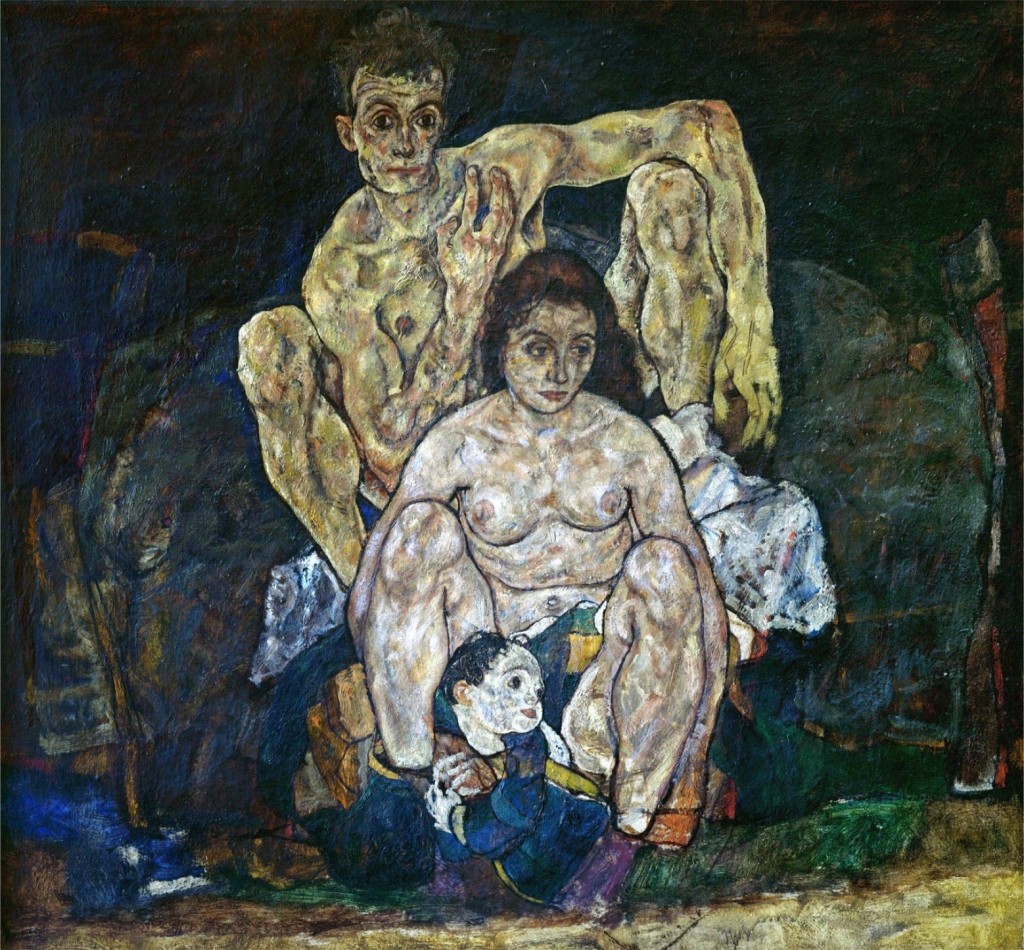 These periods of confinement have not only stimulated output, but also influenced its composition and form. The very nature of disease leaves its mark, both physical and mental, with art from these periods invariably reflecting this in works that contain or feature the human form: Edvard Munch’s self-portrait of 1919, completed following the Spanish Flu reflects all that he had been through, while the final pieces of Egon Schiele’s work, perhaps more so than any other artist, reflect the toll of disease on human form. Schiele’s last work was a death mask of Gustav Klimt in February 1918 who had not survived the Spanish Flu outbreak: ironically neither did Schiele who also succumbed eight months later.

The impact of pandemics and epidemics resonate long after their physical presence has been removed or minimized, and manifest themselves in many ways: the heroine of Virginia Wolf’s ‘Mrs Dalloway’, written in 1925, is as Spanish Flu survivor and Somerset-Maugham’s ‘The Painted Veil’, also written in 1925, deals with a cholera epidemic. 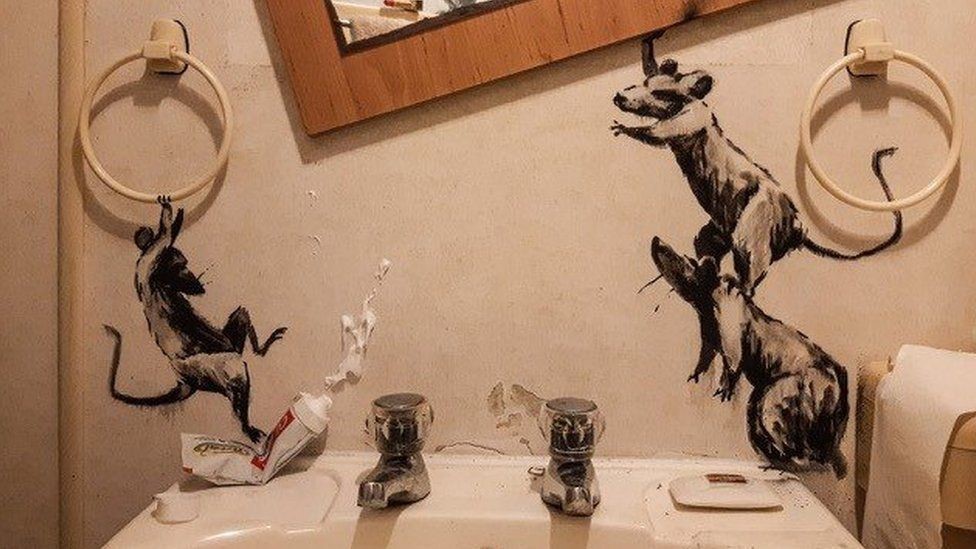 Credit: Banksy
“My wife hates it when I work form home” Banksy wrote as he shared a new piece on Instagram

In the modern and increasingly measured world, where the pressure for everything to be quantified and valued becomes ever greater, the value of art has for some been relegated to an unnecessary luxury, yet we ignore it at our peril as it reveals so much more than perhaps we want or feel comfortable sharing.

Just as the 1918 flu pandemic was an inescapable driving force for what was to follow, so too has the coronavirus become today. Though at this time we may not know precisely how Coronavirus will affect us and reshape the post-COVID-19 world, the shift has already started: visuals of pollution free landscapes, still canals and city centres built for man, devoid of human beings. So too have artists from around the world started musing and reflecting on our predicament: Grayson Perry, Banksy, and Sir Anthony Gormley, to name but a few.

As we manage our human interactions and goals we can be sure that the future will bring both revelations and reminders that make us re-assess our own priorities and desires: the country idyll is unlikely to completely replace our urban dreams and aspiration for future homes, but space and particularly green space are already a new priority: how these changes manifest themselves through and in the art of our time will be quite telling and reveal much about how the virus has altered the state of human psyche.

Beauchamp Estates is proud be a patron of the Outset Contemporary Art Fund, the only international, independent charity pooling donations from patrons and partners to support new art for the widest possible audiences. Present in 9 countries, including the UK, Greece and Israel, with patrons from around the world, it has raised over £10m worldwide to support the creative ecosystem. This spans education, professional development, the production of new work and exhibitions, institutional collecting, and initiatives that underpin the creative infrastructure for the long term. 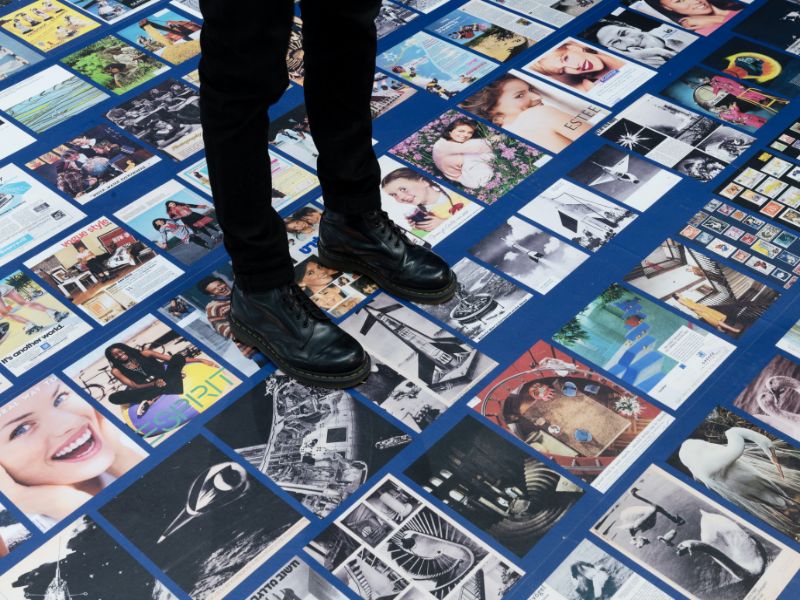 Beauchamp Estates are presently a direct sponsor of The Cosmos, by Yonatan Vinitsky at the Tel Aviv Museum of Art: https://www.tamuseum.org.il/en/exhibition/yonatan-vinitsky-cosmos/

To find out more about Outset and their work visit: outset.org.uk 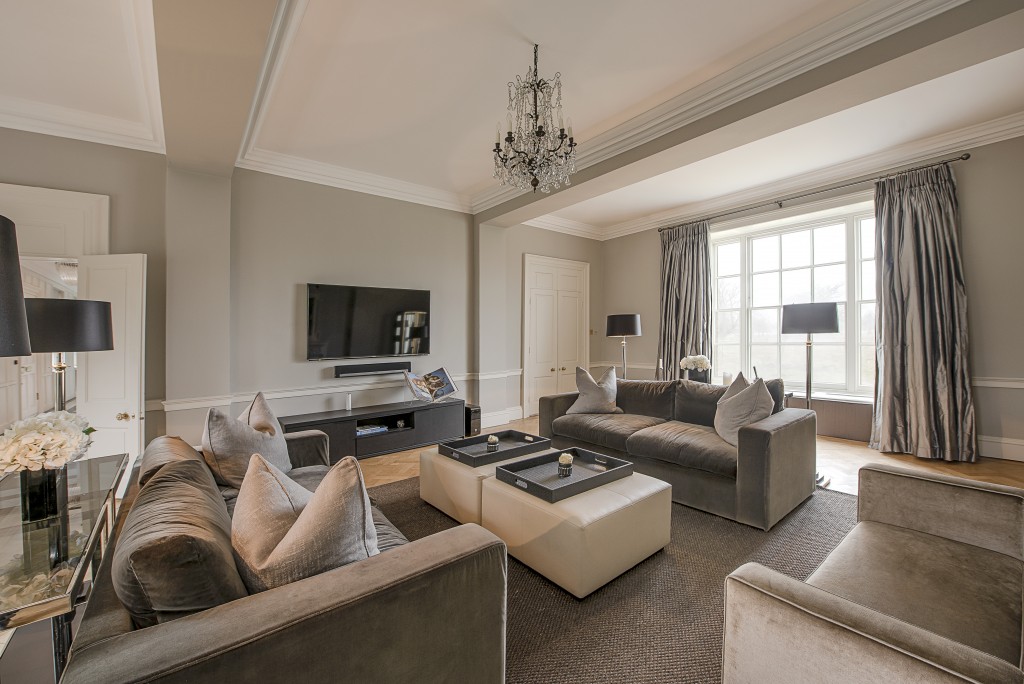 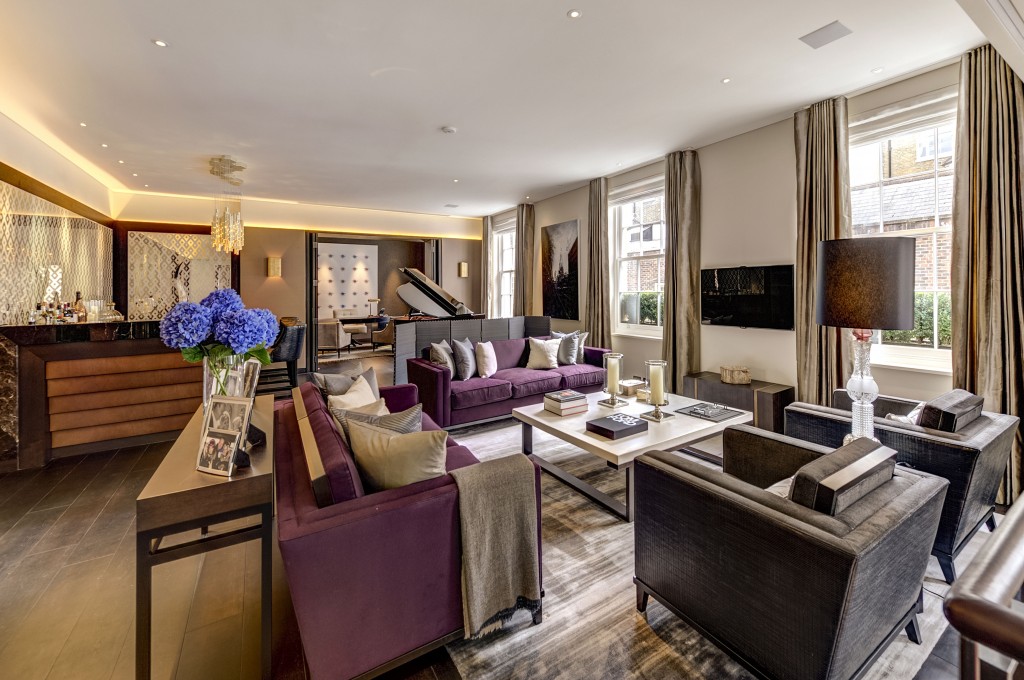 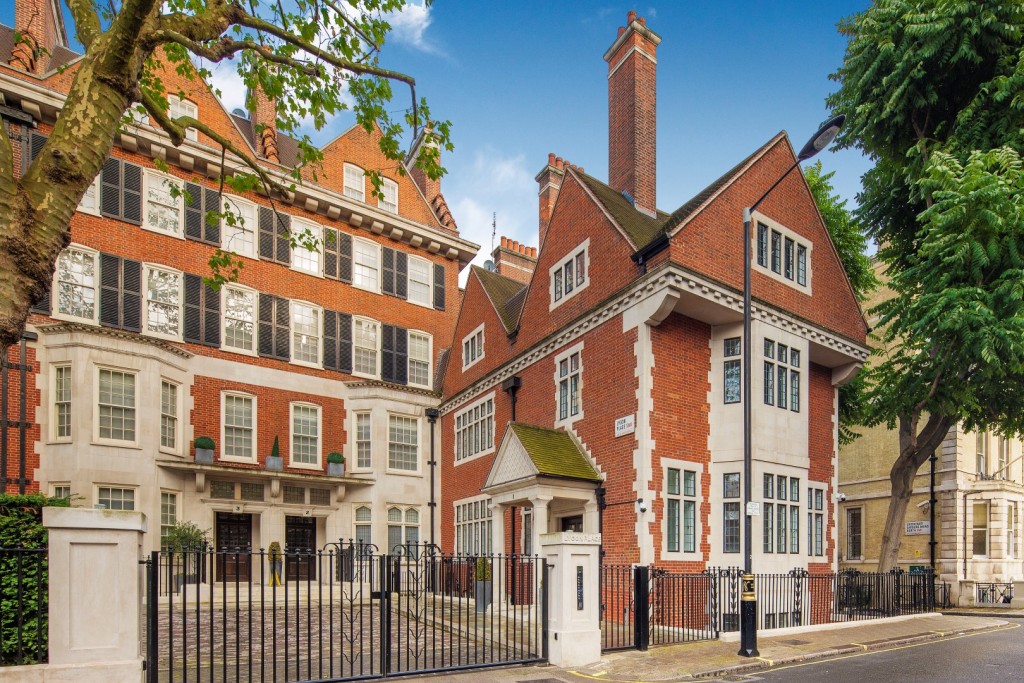