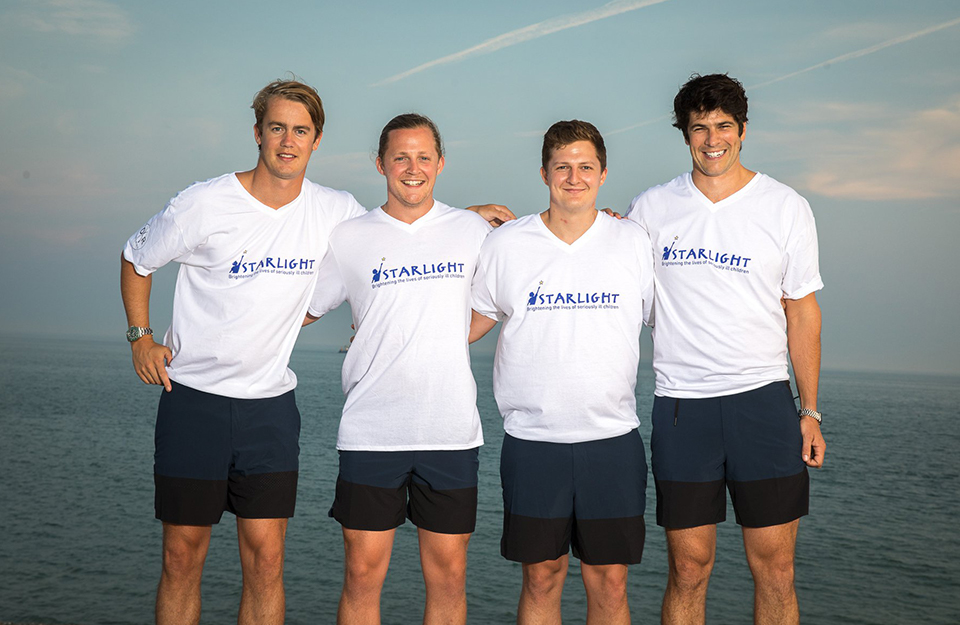 George Blandford, Caspar Thorp, Toby Thorp and Justin Evelegh, AKA Team Oar Inspiring, are preparing to embark on the adventure and trip of a life time: rowing 3,000 miles from San Sebastian de Le Gomera, in the Canary Islands, to English Harbour, Antigua.

On 30th of November the team set of for San Sebastian de La Gomera, where they began their final preparations for the Talisker Whisky Atlantic Challenge. The race brings together 30 teams from across the world united by the same objective, to row the Atlantic in the fastest time possible, with some 3,000 miles to cover it is not for the faint hearted.

Team Oar Inspiring are taking on the challenge, aiming to complete the race and to raise funds for the Starlight Children’s Foundation, a UK national children’s charity that is dedicated to brightening the lives of children and teenagers suffering from serious or terminal illness. The Foundation has been working for over 30 years to support sick children and their families. Starlight knows the difference happiness and laughter can make during times when it feels like there is little to look forward to, and each year help over half a million children look beyond their illnesses and show them the possibilities of life. 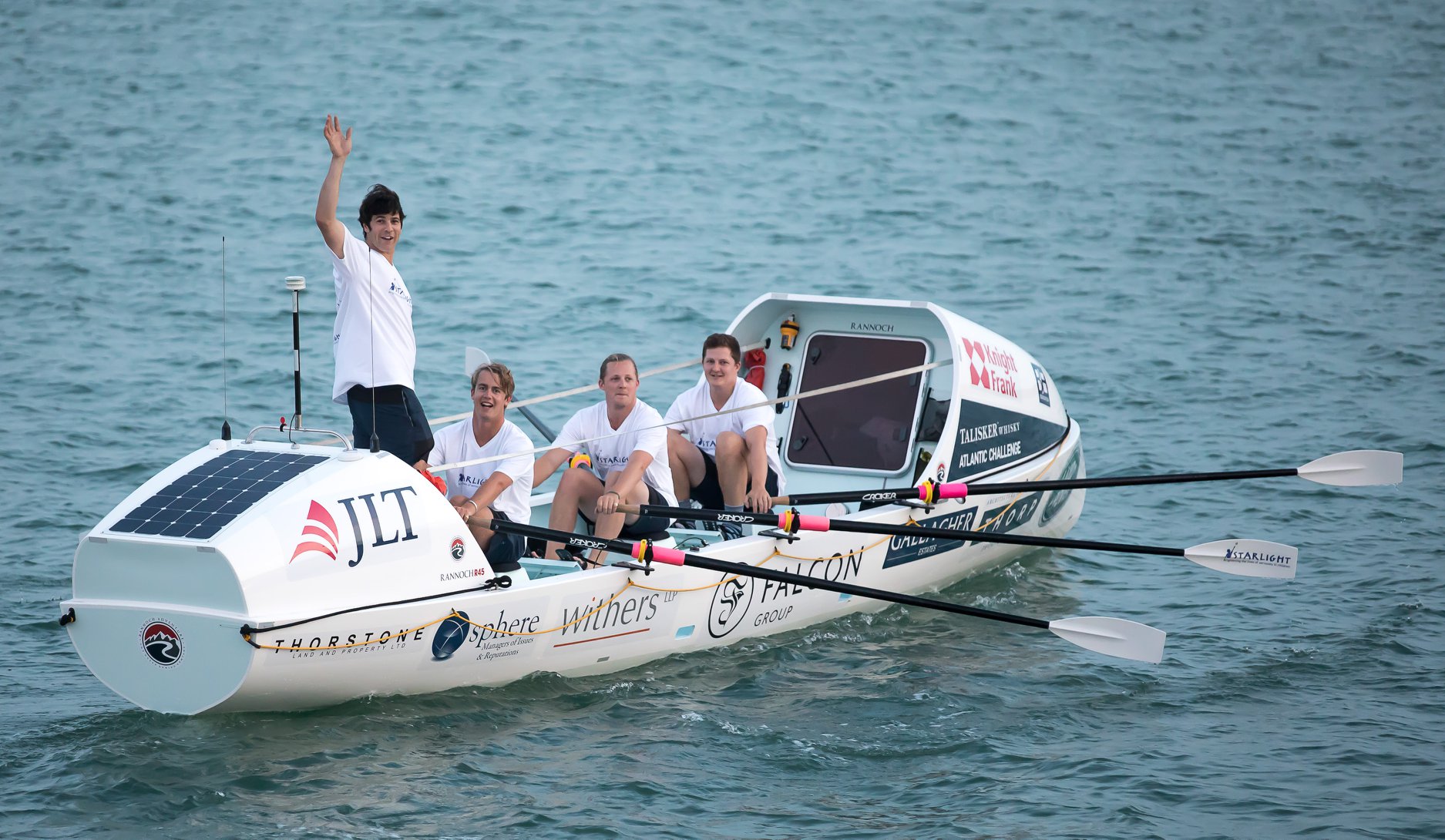 The team hopes to raise enough money to fund a year’s worth of Starlight wishes and Beauchamp Estates is proud to support them in their quest. The brave rowers have already captured considerable media attention.

On the 12th of December, after months of hard work and preparation, the team will finally board their seven-by-two metre boat ‘Lionheart’ and take to the ocean. Heading west from San Sebastian the team will travel 3,000 nautical miles across the world’s second largest ocean and are hoping to arrive at Nelson’s Dockyard English Harbour, Antigua in the New Year.

Rowing in pairs, non-stop in two hour shifts, the team will be at sea throughout the Christmas and New Year holidays, battling extreme physical challenges, sleep deprivation and salt sores.  They will face waves up to 50 feet high and be at sea for 35-45 days, rowing a minimum of 420 hours, each perform over 1 million strokes and burning over 9,000 calories a day.

Upon completion of the race George, Caspar, Toby and Justin will become a member of a small exclusive group of around 500 people who have ever rowed the Atlantic.

You can find out more about Oar Inspiring by visiting their website: www.oarinspiring.com

To support the team’s journey and Starlight you can make a donation and send a message of good luck on their Just Giving page here.

Once the team hit the water on 12th December you can keep up to date with their progress on Facebook, Twitter or Instagram: we will be watching and sharing details of their progress. 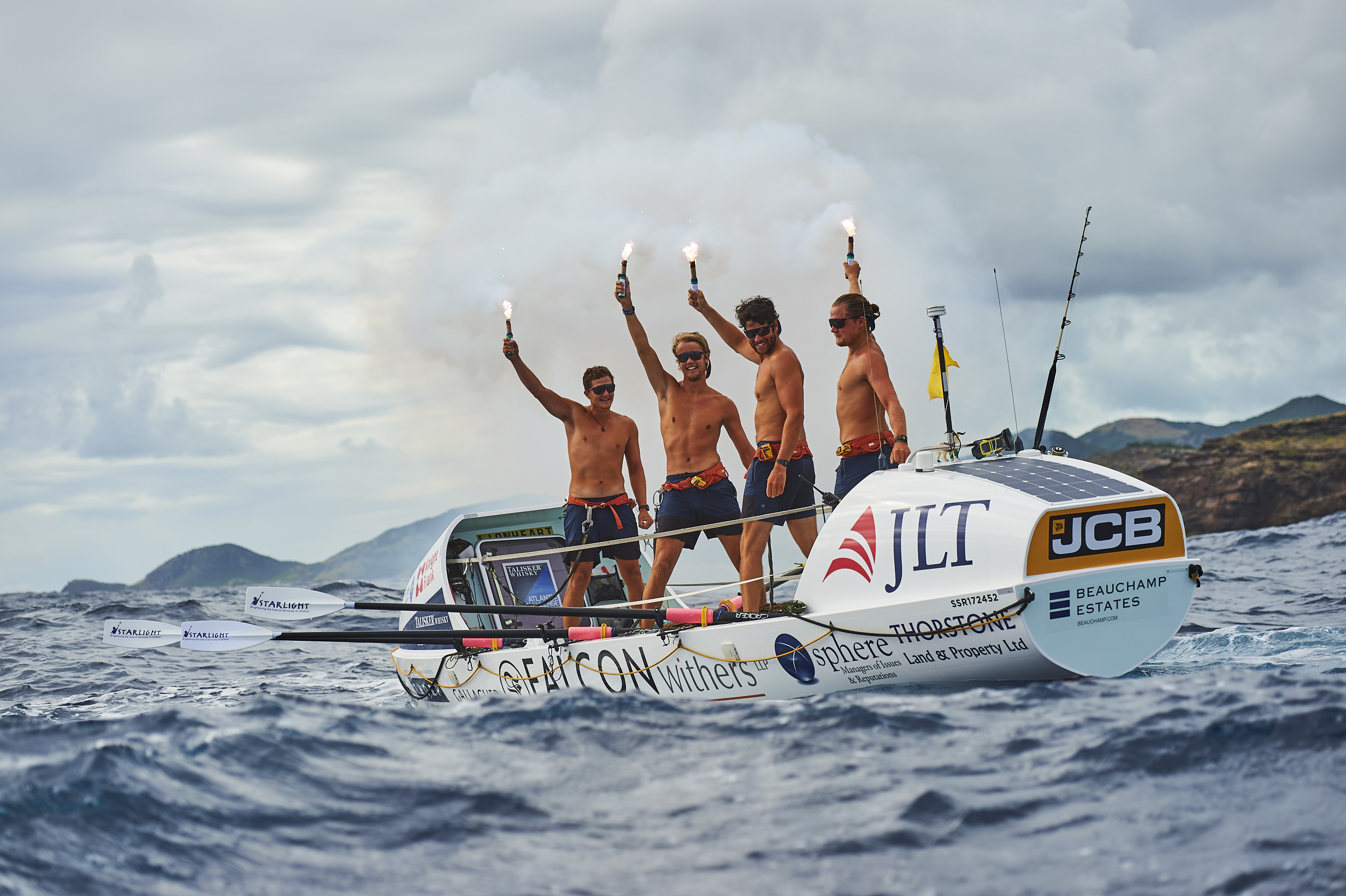