While the full impact of Brexit is still very uncertain, we can be sure of one thing – a weakened pound has created some interesting opportunities for overseas investors. Anyone with confidence in the long-term health of the UK economy will look at this as a window of opportunity while post-Brexit uncertainly is weighing heavily on the UK.

This means that overseas buyers can now buy more London property for their currency.

For instance, an investor with the equivalent of £5 million to spend on 23rd June would have been able to buy a property on sale for £4.42 million, after deducting stamp duty (including the 3% surcharge).

As at 19th July, a US buyer with the same dollar-equivalent budget would be able to afford a property worth £4.92 million, while a Russian buyer could look at properties for sale at just over £5 million, even after stamp duty costs are fully factored in. 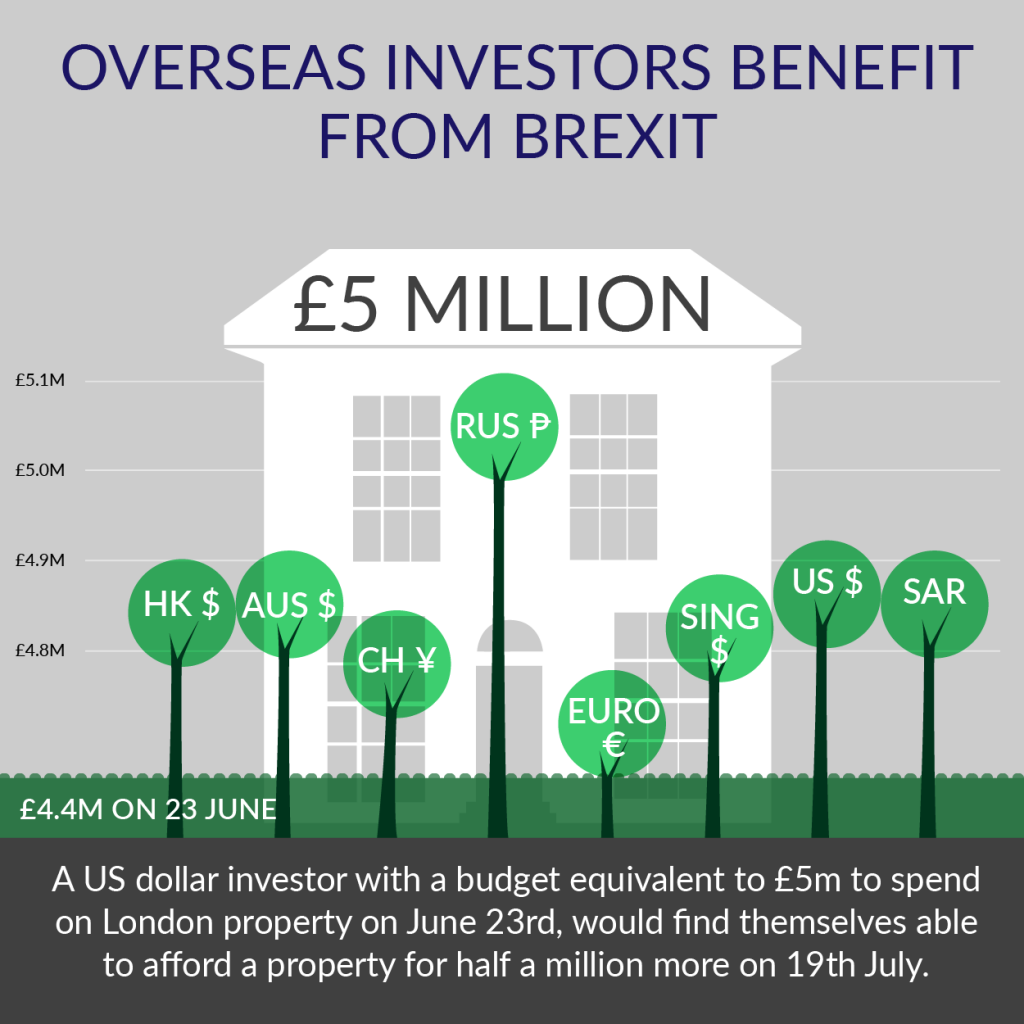 We also ran the figures for investors with a budget equivalent of £10 million. On 23rd June they would have been able to purchase a property worth £8.77 million and cover the stamp duty costs. As at 19th July, a Russian buyer would be able to buy a property just £56,000 under £10 million and still cover all stamp duty costs. Buyers from Hong Kong, Saudi Arabia and USA would all have enough to cover properties priced at £9.76 million all in. 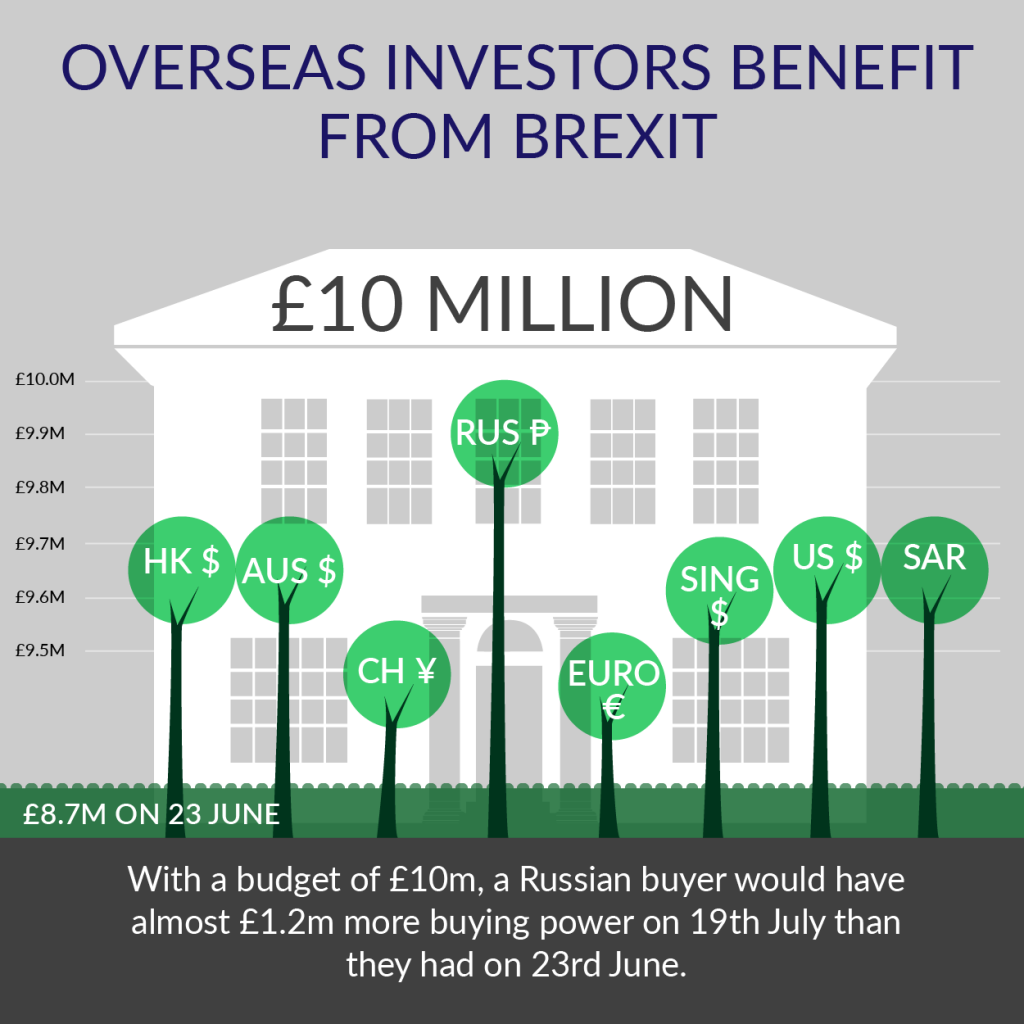 Cap Gemini forecast that high net worth individual wealth across the UK will rise by 10.5% by 2025, while global wealth will increase to $100 trillion, almost triple the value in 2006. With wealth levels rising and, even given recent events, the global elite will still be encouraged by the relative political stability of the UK Government and economy compared to other parts of the world. London remains an attractive place to live and work with its strong financial centre and hugely attractive education and leisure facilities, which will continue to appeal to overseas investors.