To celebrate the 40th anniversary Beauchamp Estates transformed the 1,390 sqft gallery with a special Photo Retrospective exhibition, showcasing framed photographs of 40 properties behind 40 trophy deals done by the agency: one for each of the last 40 years. Involving celebrities, billionaires, developers and some of the most famous properties in the world, combined the deals are worth £3.4 billion, based on current values.

Alongside the Dior-style retrospective in the gallery, Beauchamp Estates also produced a special limited-edition retrospective brochure, a printed marketing piece containing stunning photography and information on the 40 deals and properties. The brochure was given to each of the VIP guests attending the retrospective exhibition. (click here to view the full brochure)

Founded by Gary Hersham in 1979, Beauchamp Estates has been involved in some of the largest and most valuable deals in London and beyond, with the business expanding from its Mayfair HQ on Curzon Street to establishing offices in St John’s Wood and Marylebone, and overseas offices in Cannes and Mykonos and an associate office in New York. 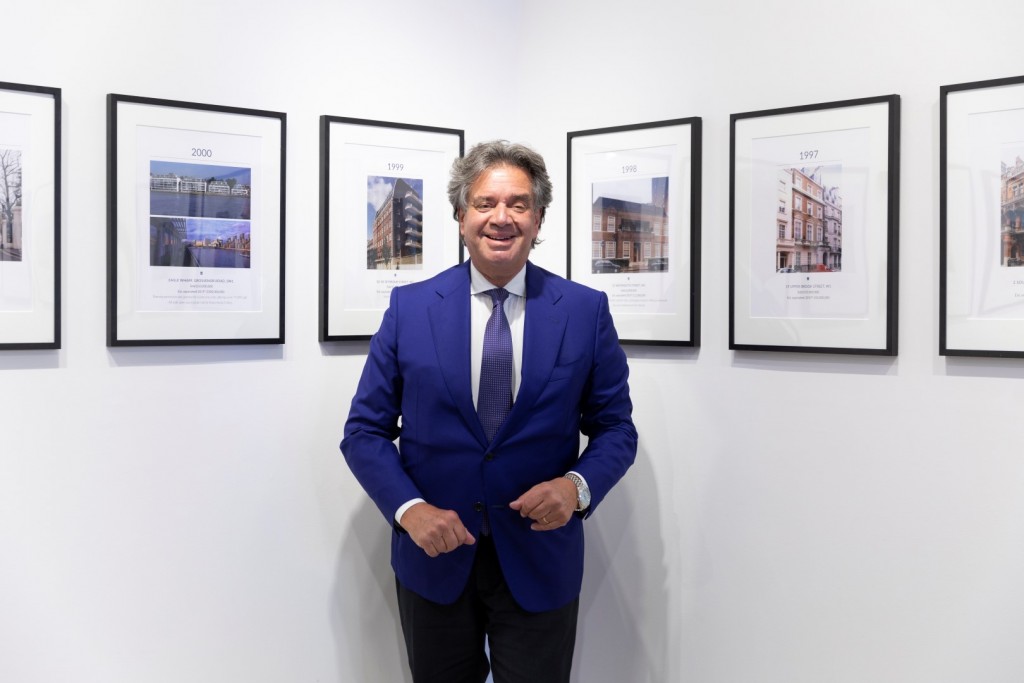 Gary Hersham, Founding Director of Beauchamp Estates says: “We are delighted to be celebrating 40 years of success and I am extremely proud of the Beauchamp Estates team and everything the business has achieved over the last 40 years. The market-making deals achieved are a testament to the team’s dedication. We have exciting expansion plans for the future, in both London and overseas markets.” 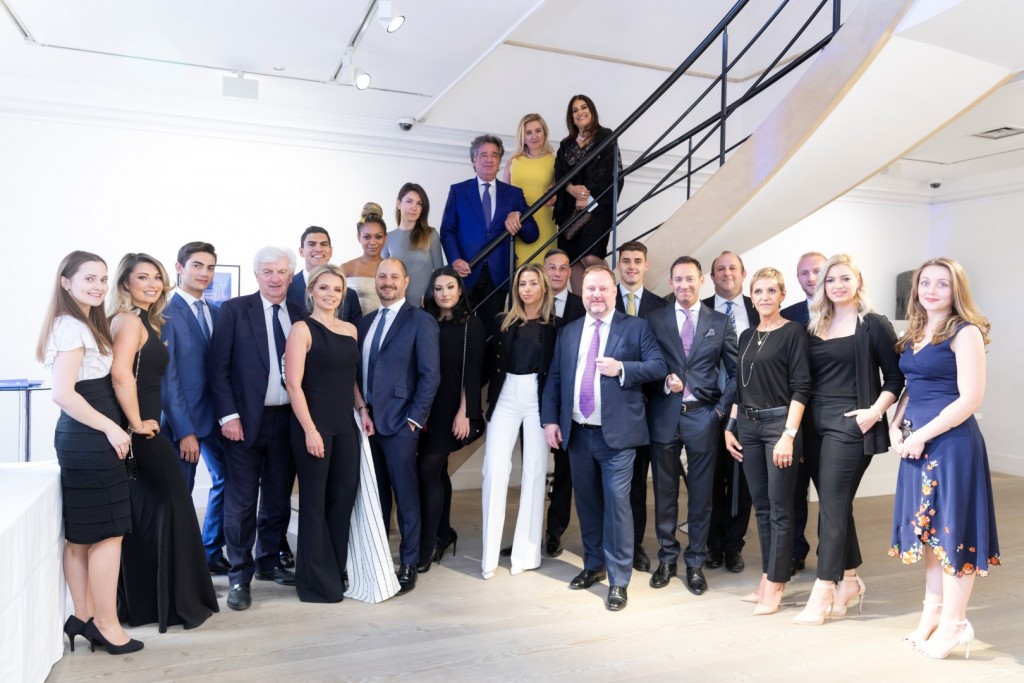 As the retrospective exhibition reveals, Beauchamp Estates’ first deal back in 1979 was an apartment on Upper Brook Street in Mayfair, which sold for £120,000; a deal worth £3.5 million at current values.

In 1983 Beauchamp Estates sold the UK Government’s grand Crown Agents for Overseas Governments building in SW1 for a then-record £11 million – the deal would be worth £150 million currently. It was the largest commercial property deal ever done in London at the time. 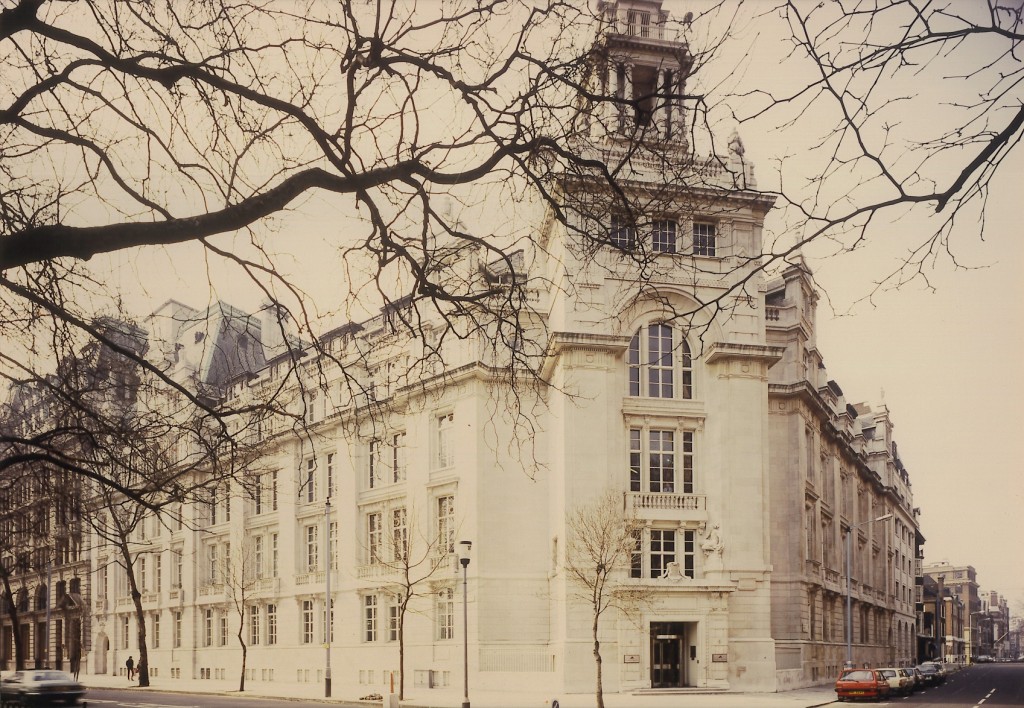 In 1989 at the height of Thatcher’s economic boom Beauchamp Estates sold BP’s former HQ Britannic House, a City of London skyscraper now known as Citypoint, to Pillar Properties for a record £198 million – a deal worth £850 million at current values. It was the largest commercial property deal done in the UK that year and remains one of the largest deals ever done in the City office market. 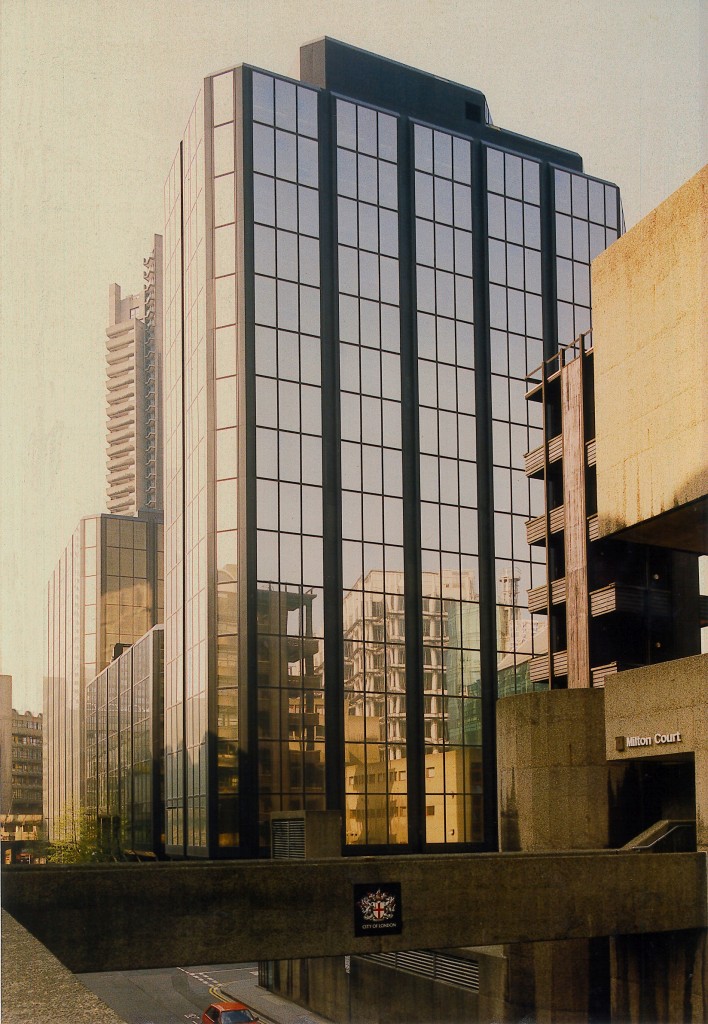 In 1990 Beauchamp Estates sold Blundell House & Little Blundell House, a grand Kensington mansion and related lodge house for £10 million – equivalent to £60 million in current values. It was the largest deal ever done on Campden Hill Road at that time.

In 1998 Beauchamp Estates sold a large contemporary house at 22 Weymouth Street for £2 million (£12 million in current values) in under four hours; at the time it set a record for the fastest sale for a London property valued at over £1 million. In 2009 in another high profile deal that caught the attention of the world’s media, Beauchamp Estates was involved in the sale of the La Belle Epoque Penthouse in Monaco for £143.2 million (equivalent to £217 million today). It was (and remains) the largest property deal ever done in Monaco. The property is now reported to be worth over £255 million. In 2013 Beauchamp Estates sold the bulk of Grosvenor Crescent in Belgravia – at the time in need of major refurbishment - for over £100 million (in excess of £150 million at current values). It was a record deal for Belgravia at the time.

In 2018 Beauchamp Estates was involved in two major mega-deals. In Washington DC the agency sold a magnificent country mansion for £53.4 million, a record transaction for the area which is famous for its grand country mansions. In London’s Belgrave Square the agency sold a grand mansion, originally the London home of the Dukes of Westminster, for £50 million, one of the biggest deals in the UK capital last year.

Beauchamp Estates has recently let a mews house on Wilton Mews for a period of 12 months in a deal worth £1.04 million, one of the biggest rental deals done in the UK capital.

Because of deals like those reviewed in the retrospective exhibition, Beauchamp Estates has the highest number of instructions and contracts conducted in London and the Home Counties, worth over £10 million, and has been listed as London’s No.1 Boutique Estate Agency by PrimeResi for 2017, 2018 and 2019. The firm has won previous accolades for being a market leader provided by Spear’s Wealth Management, egi: Estates Gazette and Property Week.

See below a selection of photos from Beauchamp Estates 40th Anniversary event earlier this month: 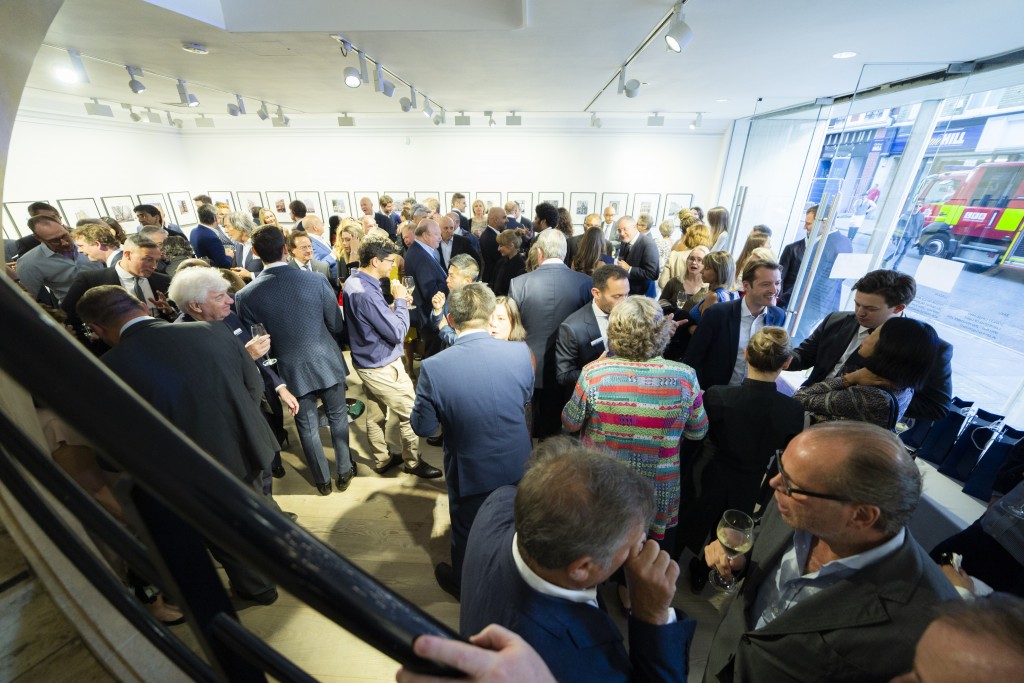 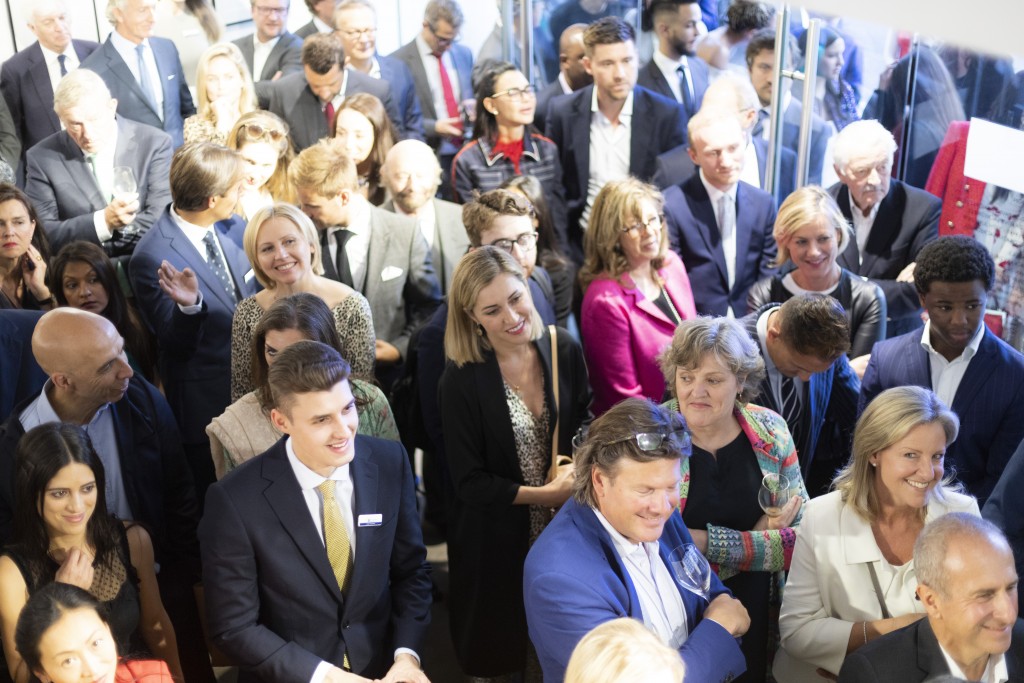 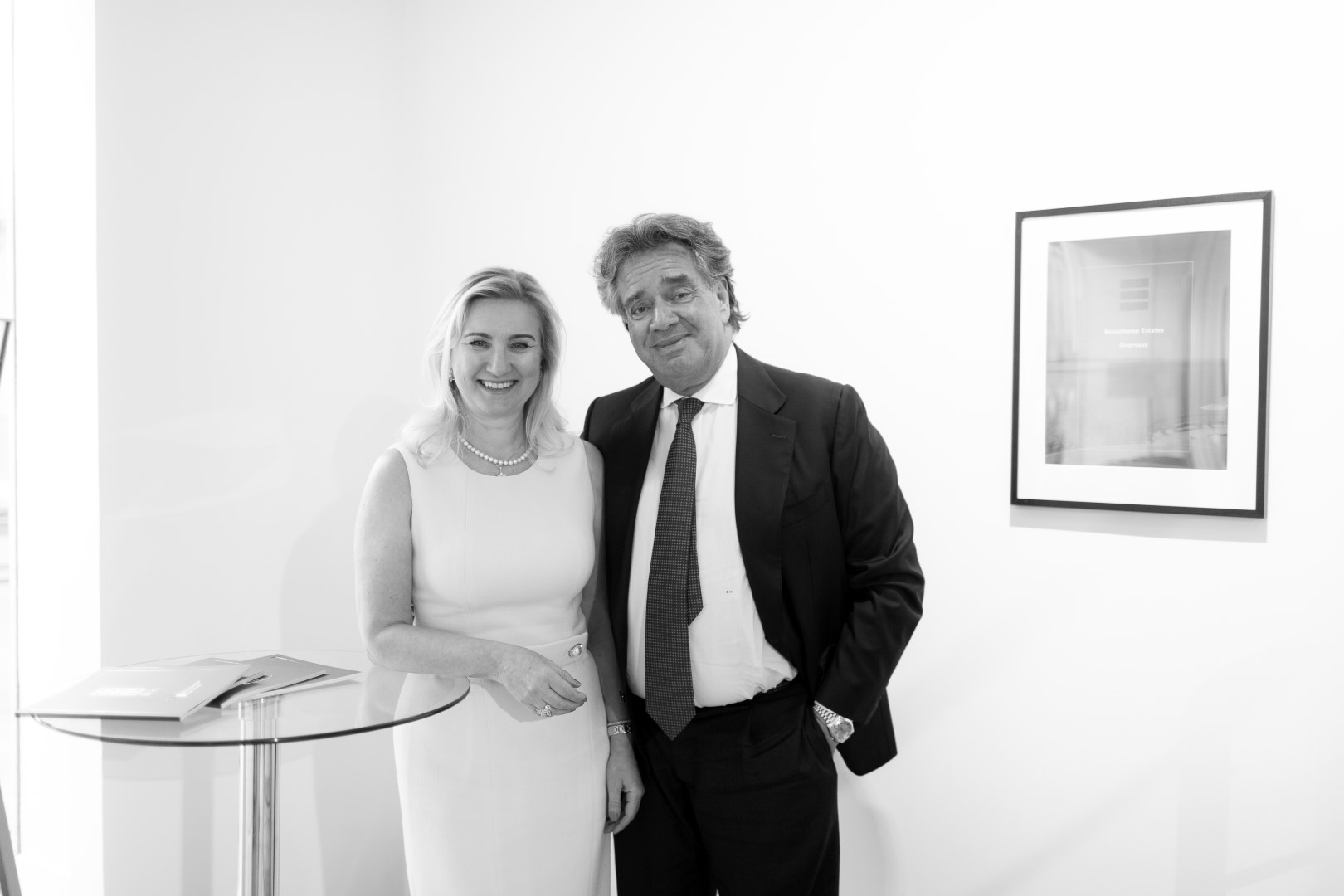