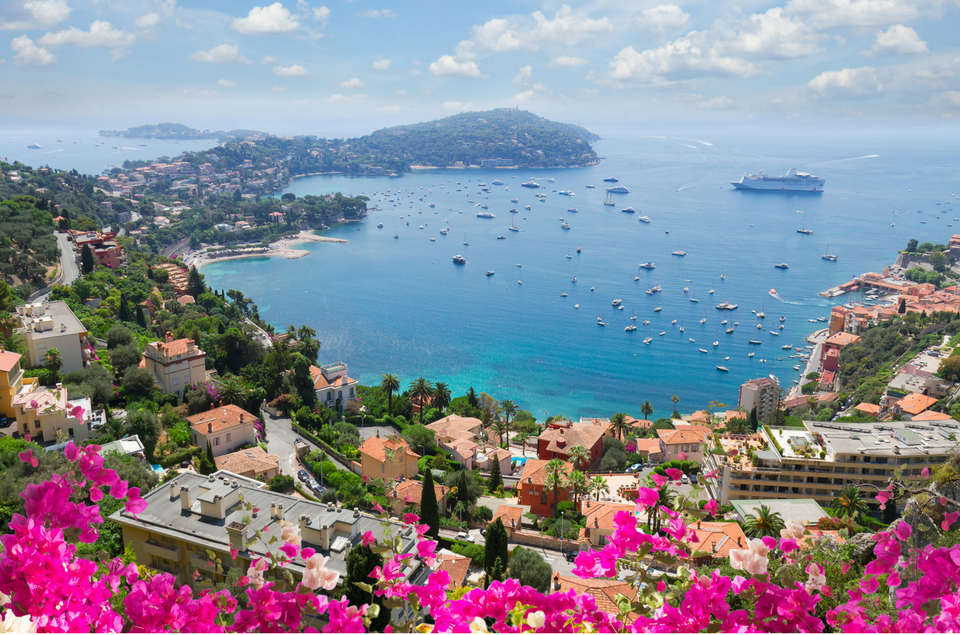 Following the results of the latest survey carried out in May 2017 by Lux-Résidence.com, the French luxury real estate business is booming.

With an increase of 8% since 2016, France is now seen as one of the top 3 most attractive markets by 42% of voters from the international community. Alongside Spain and Portugal, France is officially one of the most popular destinations for potential property investors from all over the world.

And within France, the beautiful Côte d'Azur remains as fashionable as ever, with 36% of investors looking to purchase a luxury property in the Mediterranean region. 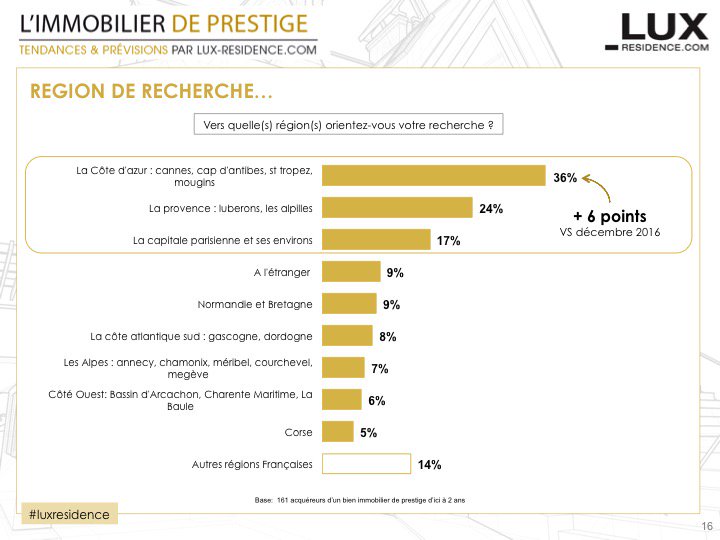 Graphic from Lux-Residence.com showing that the Côte d'Azur is top of the pops

Since the beginning of the year, there has been a significant increase in activity for the French luxury real estate market. From Paris to Provence, luxury villas and apartments are being snapped up as family residences or holiday homes by wealthy French and international buyers. Despite initial reservations following the election of President Trump, affluent American investors are taking advantage of the dollar/euro parity and are once again looking to France to purchase luxurious second homes.

Equally, the Brexit effect has seen an increase in both English and French buyers from London seeking to invest in high-end property in France. With numerous multinational companies planning to transfer their staff and operations to mainland Europe in the near future, for many, it’s the perfect opportunity to consider buying premium property here in France.

The South, France’s most sought-after destination

Although Paris has always been a popular choice with potential investors looking for luxury real estate, the South is still France’s most sought-after destination. Thanks to the glorious climate and stunning scenery of the Côte d'Azur and Provence, 60% of potential buyers surveyed were looking to buy property within the region.

And it’s hardly surprising that the French Riviera is so popular amongst high net worth individuals.

According to the Lux-Résidence survey results, a typical investor in French luxury real estate is an individual of 50 or over who already owns several residences and is preparing to retire. With an average budget of over 1.5M€ to play with, the sun-drenched coast between the mountains and the Mediterranean is the perfect choice for these investors to purchase their next luxury home. 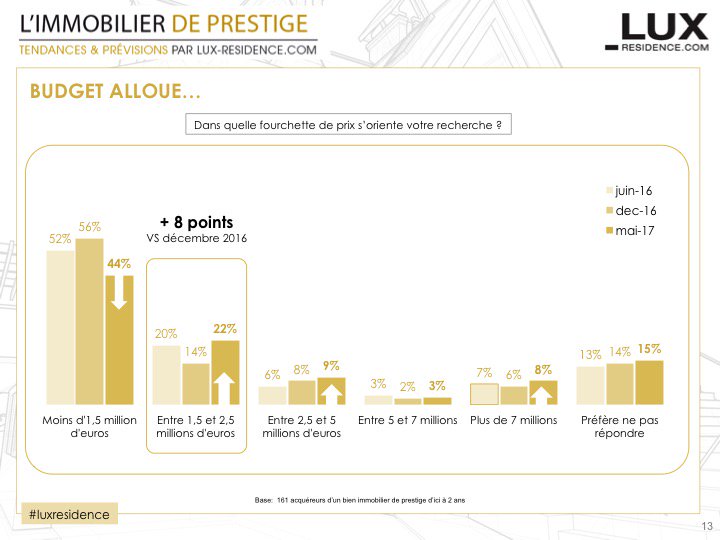 Average budget of over 1.5M€

The Lux-Résidence report noted that activity slowed down slightly in April during the run-up to the French Presidential elections, but industry experts estimate that the market will bounce back even more strongly during the coming months. And while the Presidential elections may have temporarily delayed purchase plans, there’s no denying that new French President Emmanuel Macron has so far had a very positive effect on the market. 47% of investors surveyed believe that ‘The Macron effect’ will increase France’s appeal within the luxury real estate sector thanks to the new President’s strong international profile.

Of course, President Macron’s current popularity doesn’t mean that prospective buyers won’t be keeping a close eye on the Macron government and their new tax policies. The proposed real estate wealth tax (IFI) will definitely be one to watch over the coming months.

Putting the potential impact of the new government on the industry aside, the findings from the latest edition of the Lux-Résidence survey are clear...

The high-end property business is on the up and the second half of 2017 looks set to be very prosperous for the French luxury real estate sector.