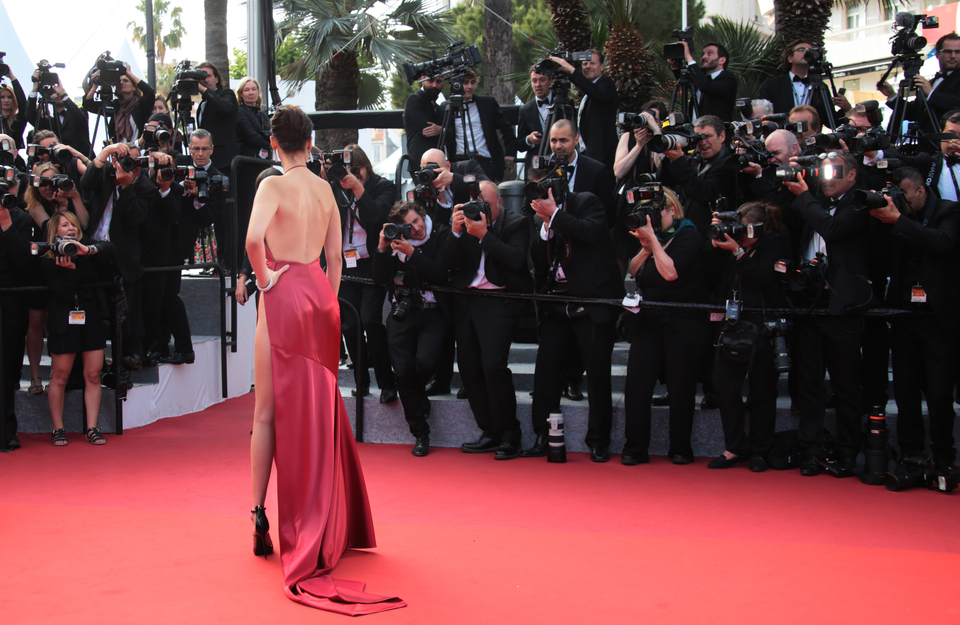 2017 is celebration time in Cannes. It’s the 70th edition of the Cannes Film Festival, this year to be held from 17th to 28th of May.

The Big Guns of movie-land and citizens of the glamorous French Riviera town are preparing to roll out the red carpet. It's time to turn on the bright lights for the annual knees-up as renowned and up-and-coming stars of the film industry flock to Cannes, like an annual migration of exotic birds.

If that red carpet could only talk, what stories it would tell. At the centre of a controversy last year when ‘no flats or bare feet’ were permitted to step on the iconic red pathway up the steps of the Palais des Festivals, it has graced the high heels and polished brogues of stars, directors, producers, and their entourages for 70 years.

Not that same carpet of course. Indeed not – every Festival gobbles up at least two kilometres of red carpet, which has to be changed three times a day for the twelve day period.

Heading Up the Festival

The President has been announced – Pedro Almodovar, and so has the Mistress of Ceremonies. All eyes will be on la bella Monica Belluci, Italian actress, Bond girl, and one of the ’25 sexiest women in the world’, and what she’s wearing, as she glides up the red carpet for the opening and closing ceremonies.

What’s on the Programme?

The films to be presented won’t be announced until the 13th of April, and the other jury members are still unknown. Rumours abound about the films. Sophia Coppola’s US civil war story, The Beguiled? Indie film director Todd Haynes’ story about two deaf children, Wonderstruck? Big budget Afghan war story starring Brad Pitt? George Clooney’s family drama Suburbicon? Will Roman Polanski figure on the list? And what about the revival of David Lynch’s cult series Twin Peaks? The suspense is maintained, just like a good movie plot.

The Palais des Festivals holds congresses throughout the year, but it was built specifically for the Film Festival. Attendees at the inauguration of the Festival in 1949 participated in real-life drama too, since the roof was unfinished and blew off during a storm. Since then the original building has been replaced, with an intact roof as a bonus!

The Festival previews new films of all genres from around the world. It is an industry festival, so attendance is by invitation only, though the hoi-polloi can get some of the action at the nightly free open air cinema showing classic films on the Plage Mace. Otherwise, you can buy a ticket to see one of the films featured in the Cannes Cinephiles programme. The Directors’ Fortnight is also open to the public, as is attendance at the Critics’ Week.

Topping the awards is, of course, the famous Palme d’Or, on the wish list of every self-respecting film producer. Designed by Chopard, the gold palm leaf mounted on a chunk of rock crystal a whole lot bigger than the diamond on Kim Kardashian’s finger, takes seven craftsmen and over 40 hours to create in Chopard’s Geneva workshops.

So for a hedonistic couple of weeks, Cannes will become uber-glamorous once more with Aston Martins, Ferraris, superyachts, more sparkle than Tinkerbell’s wand, and three times more people than usual as the French Riviera celebrates make-believe on a magic scale.

We still have availability at several luxury villas and apartments a stone's throw from the the Palais des Festivals. Take a look by clicking the link below and get in touch for details.