THE TELEGRAPH: "Yes we Cannes: the allure of the French Riviera"

Despite taxing times in France, the Cote d'Azur is still a glittering prospect for property buyers, says Maria Fitzpatrick.

Flying into Nice in the morning sunshine, the water sparkles so intensely you’d think someone had been sprinkling diamonds off the side of their yacht. Forget the red carpet; this is the official welcome for the stars who have jetted in for the Cannes Film Festival, which started on Wednesday – and it’s easy to see how it could turn a mere mortal’s head. 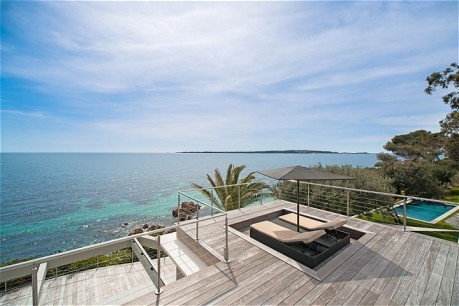 The French Riviera still holds the crown for glamour and romance

with its history as an artists’ haven and the setting of the golden age of Hollywood-sur-mer. The coastal drive is a game of celebrity property bingo: Liz Taylor stayed here, David Niven lived there. Despite today’s tourists – this week, traffic slows to an escargot’s pace, and the boulevards are packed – the Côte d’Azur has lost none of its lustre as a place to live.

How could anyone from our climate resist 300-plus days of sunshine a year, fresh produce, sailing and swimming in turquoise waters and lush hillsides covered with lavender and lemon trees?

Michael and Maria Tasos moved with their two children to Monaco eight years ago. They bought and renovated a villa within the national park in the hills above Eze village, a medieval Riviera settlement with easy access to Monaco, to use as a holiday home. “This part of France is the perfect retreat,” says Michael, who works in aircraft leasing. “We’re high up where it's 2C cooler, and less humid. We don’t get the sounds of mopeds and tourists but can be at the coast in 15 minutes.”

Their home, with its wine cellar and cinema (€4.9 million/£4.14 million, Beauchamp Estates, 0033 4 9394 4545) is in a location that attracts everyone from retirees to young families. “There’s a real sense of community and good English schools,” Michael says. “It’s also a place where being wealthy isn’t something to be embarrassed about. People can live freely – you won’t have your car scratched, put it that way.”

The Côte d’Azur is, after all, one of the most exclusive stretches of coastline in the world:

Chanel is your local corner shop, and tales of marble Jacuzzis and grand pianos being lowered onto the hillsides by helicopter don’t even raise the locals’ eyebrows. 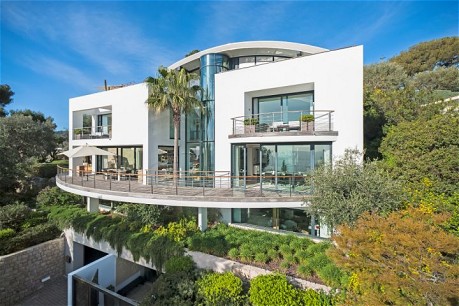 St Jean Cap Ferrat – one of the most affluent spots, along with Cap d’Antibes, where oligarchs can reach their yachts from their gardens – is traditionally known for its high-ceilinged, ornate belle époque villas, but now that planning permission has relaxed, the contemporary visions that are springing up are the most sought-after homes. Properties such as English-owned 'Villa O’, a six-bedroom, six-bathroom villa with 4,500 sq m of manicured gardens, a guesthouse, private cinema and incredible sea views from its rooftop terrace, are “a piece of cake” to rent out for €92,000 (£77,600) a week in July and August. It has staged parties for 200 people, with the band playing on a “floating” stage in the rooftop pool.

Those who can buy here have reason to party

“Property in the south of France has remained stable during the financial crisis, unlike many second-home destinations,” says Jonathan Gray of luxury property agency Beauchamp Estates. “It’s still considered a safer investment, as there will always be a higher demand than can be filled. Trends for buying prime property in places like Croatia, Marbella and Ibiza come and go, but the south of France has outlasted them all.”

High net worth individuals now value “lifestyle” over “investment returns” and even “favourable tax regimes” for their second homes. Capital gains tax implications for overseas buyers have become a major sticking point since President Hollande’s reforms (the threshold for exemption has risen to 30 years), so perhaps it’s just as well France consistently leads the polls for quality of life. Unless you’re one of the many Russian oligarchs buying in the region for whom the taxes are a drop in the ocean, the potential fiscal fallout of a purchase is intimidating. But there are, if you do your research, clever ways to effectively cancel out the progressive wealth taxes. For instance, some banks in Monaco and Luxembourg offer loan finance at preferable rates in exchange for a deposit that they can use to invest in stocks and shares (the best advice is to use a lawyer and notary who specialise in overseas purchasing, from the outset).

however, provides a promising opportunity. While many British owners are currently selling to take advantage of the weak sterling, getting more euros back for their property, others are holding on for the long term, and capitalising by letting out their homes for vast sums to the affluent holidaymakers who glide in for the summer months. 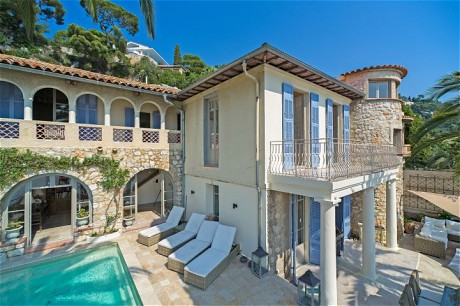 In 2007, Penny Palmano, an author, and her husband, Roger, a developer, bought and renovated a five-bedroom villa eight minutes’ walk from the port of Villefranche, a charming, quiet area known for its beautiful bay and restaurants, and its views of Cap Ferrat. Penny, who had visited the Riviera since her twenties, couldn’t resist the “Fifties Grace Kelly glamour” of the region – “it’s magical lit up at night, with the boats bobbing on the water”. This year, a friend suggested that they could rent this immaculately finished home when they were away; they are letting it for €15,000 (£12,600) a week in July and August this year, and plan to offer it year-round (through Beauchamp).

In Cannes itself, there hasn’t been a big price dip, but a “healthy correction” where sellers were pricing unrealistically, says Jennifer Charbit of Beauchamp Estates. But you’ll have to be quick, because the well heeled are sharp-elbowed. Apartments on the Croisette, where the celebrities promenade during the film festival, start at about €2million (£1.69 million), and come up rarely.

Away from the buzz of the town, the casinos and crowds, the scene is less dizzying but no less dramatic. The prestigious Californie area, with views of the sea and back to La Croisette, is the ultimate catch. The appetite is for ultra-modern style – all glass walls and gargantuan sun terraces – and there’s a waiting list for properties to upgrade and rent out. “Investment in all the high-end details is worthwhile, because there’s so much demand for luxury,” says Jennifer. “Repeat renters often go on to buy the property they’ve stayed in over the years – it’s a kind of insurance for owners.”

has created a modern villa, 'Ithaque’, with a terrace that mimics the front of a boat – standing in the living room or on the deck feels like being on a yacht. The rocks below the garden are your private, if tiny, island, with views of Cap d’Antibes. It is for sale at €15 million/£12.67million (Beauchamp Estates, as before), but Jack Nicholson, Sean Penn and Dennis Hopper have all rented “next door” during the film festival (at €5,000/£4,225 a day), so an eye-popping income is a given.

The villa is fully equipped, so when you visit in “owner’s time” (pick April, May and June for balmy weather and fewer tourists), just pack your toothbrush – and your diamonds, of course.