The luxury real estate market on the French Riviera still is very attractive and selective, appealing to new buyers, thus preserving the market from a price collapse. France is the most visited country in the world and one of the most desirable destinations for second homes, especially the Cote d'Azur. 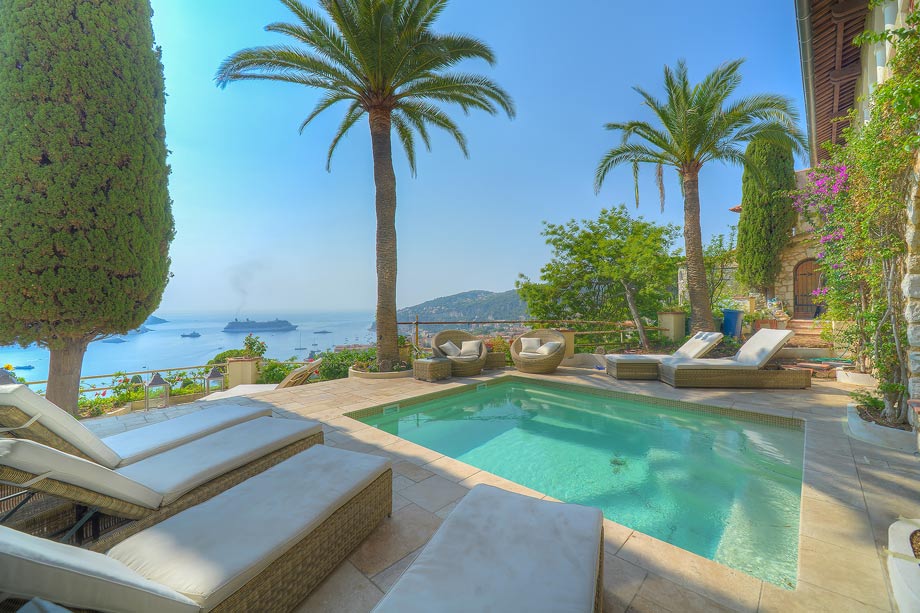 The recent global economic crisis has not stopped very important capital gains made on sale of real estate properties purchased after 2008 and sold after several years in the French Riviera. Indeed, a unique property, in the perfect location, well renovated by a talented architect or interior designer and at market price represents a good and safe investment.

Real estate Agents, Notaries and Lawyers will together accompany their clients throughout the entire purchase process, helping them make the right choices. Therefore, despite the economic crisis and the tax system, now is still the good time to purchase properties in the South of France.

The French system of taxation is often characterized by its complexity and high rates and has recently been caricatured as a confiscatory system.

The rules are complex and change so often that it is difficult for non-professionals to easily understand their effects on French investment, especially for the acquisition of a real estate property. In addition, the new tax regulations decided by the socialist government of President François Hollande and the alarmist stories that appear in the international press on this matter increased the scare of our system.

Contrary to what people feared, the changes that occurred in the taxation of real estate property were not that disastrous.

Indeed, it would be a mistake to believe that France is a country that knows a terrible taxation for any investment. Despite recent changes on wealth tax and capital gain tax, it is legally possible to keep the tax effects down and in some cases to suppress them.

Therefore it is very important to be followed by legal professionals (Notaries and Lawyers) in order to choose the right structure before purchasing a French real estate property and to update if needed this structure during the ownership.

Due to the current tax situation and the aim of each European government to fight against the international tax evasion, potential buyers must carefully define their needs to legal professionals who will help them choose the right structure for the acquisition and the ownership of a real estate property.

Purchasers must be aware of the different advantages and inconvenient of each structure in terms of costs, tax and accounting obligations and all the legal implications.

The situation needs to be supervised by the notary, the banker, the lawyer, the personal advisors of the purchaser as each contract and regulation may have an impact on the structure and the personal situation of the buyer.

It is important to bare in mind that the choices can have an impact on the present as well as on the future.

If for example, the purchaser intend to move outside his country to become a tax resident of another country, the new tax treaty which may apply, if any, between France and the new country of residence can change the tax treatment of the structure and of his personal tax burden in France: the old structure may become inappropriate for the client and trigger a higher tax exposure.

In most cases, the acquisition is realized for the own use of the buyer and his family as a secondary residence but it happens that the use of the property changes and should then be reviewed carefully.

The holiday rental market is booming and triggers some substantive incomes which may cover more than the maintenance costs of the asset. The owners of prestigious properties are willing to rent for short term their French property to recover the wealth tax paid in France.

In that case, a new structure must be set up to avoid such tax consequences without transferring the real estate.

Once the structure is set up, the owner has to stay informed on any French tax and laws modifications, accounting obligations and tax treaties.

The Tax treaty between Luxembourg and France has been modified in 2007 and was effective in 2008. Ever since, the Luxembourg companies have to file corporation tax returns in France and book an “estimated rental income” when the real estate is put at the free disposal of his partners. As a consequence, we have seen a lot of tax audits of Luxembourg companies during 2012 with owners thinking that the tax treaty between France and Luxembourg had not been modified and therefore thinking they had no tax obligations in France.

The capital gain tax regulations were modified four times between 2011 and 2012 and the wealth tax reform in 2011 had generated a heavy burden for non-prepared tax payers.

In order to avoid a tax audit, the companies or direct owners must file in due time their specific tax forms: wealth tax, 3% tax forms, corporation tax etc…

Be careful with complicated structure schemes suggested by foreign law firms as they are often questioned by the French Tax Administration and the structure costs can be more expensive than the yearly tax saved.

Before acquiring a real estate in France and structuring such an acquisition, the buyer must be advised on all his tax and legal obligations. An acquisition vehicle must be set up according to these obligations and all the advisors must cooperate to clearly define the best directions for the acquisition.

The buyer has to keep a close relationship with his advisors (notaries, lawyers, accountants, bankers) after the acquisition of the property, in order to be informed of any tax and law modifications and to fulfill his obligations.