Mykonos: Named for the Gods 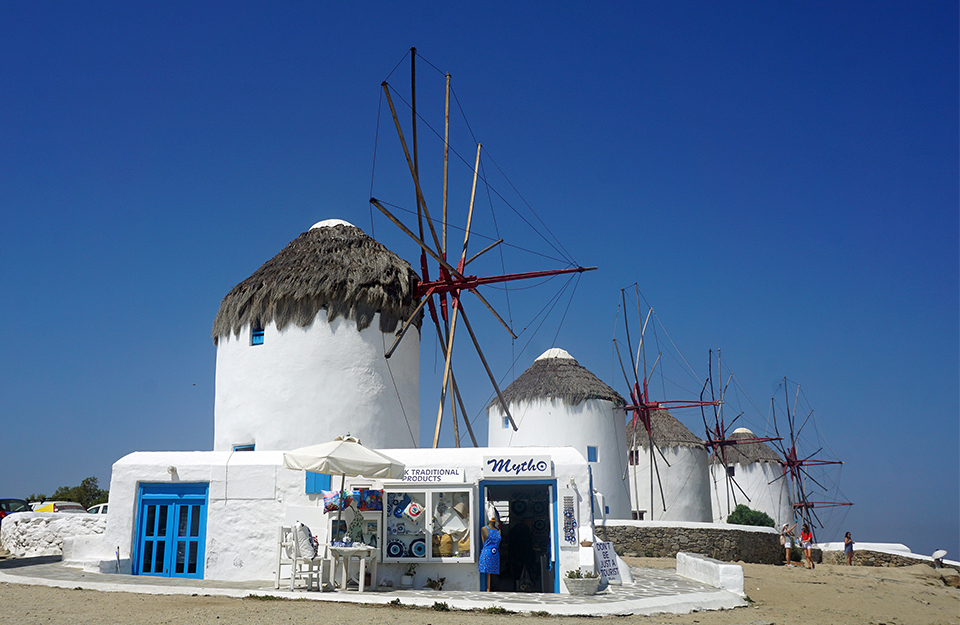 Not the largest of the islands that comprise the Cyclades, but like so many of them enshrined in history, latter-day and contemporary, and part of Greek mythology.

Mykonos covers an area of just 85.5 sq. kilometres (33.0 sq miles), rising to 341 metres (1,119 ft) at its highest point. With 10,134 inhabitants (as of the 2011 census), most of whom live in Chora, which means the Town in Greek, following the common practice in Greece where the name of the principal town on an island takes the name of the island itself. Mykonos Town is the largest town on the island and also where Beauchamp Estates’  Mykonos office can be found.

In Greek mythology, Mykonos was named after its first ruler, Mykons, a local hero, who was considered to be the son or grandson of the God Apollo. The island is also said to have been the location of a great battle between Zeus and Titan, and where Hercules killed the invincible giants having lured them from the protection of Mount Olympus: according to myth, the large rocks all over the island are said to be the petrified testicles of the giants.

Herodotus mentions Carians, the ancient inhabitants of Caria, in southwest Anatolia the classical region of Asia Minor, as the original inhabitants of Mykonos. Ionians from Athens seem to have then followed in the early 11th Century BC. 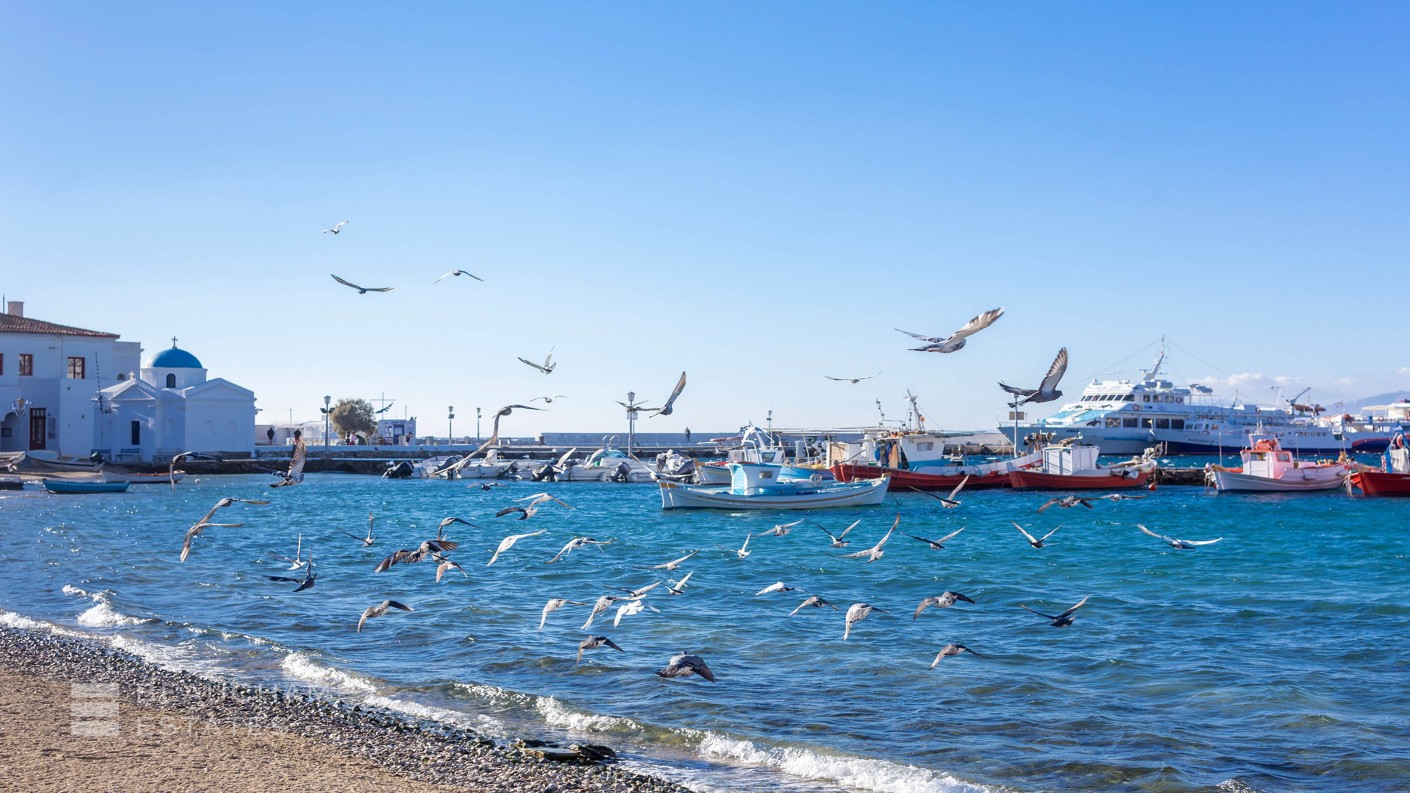 There were many people living on the neighbouring island of Delos, which meant that Mykonos became an important place for supplies and transit. It was, however, at this time far from wealthy, being a rather poor island with limited mineral and agricultural resources.

Mykonos came under the control of the Romans during the reign of the Roman Empire and then became part of the Byzantine Empire until the 12th Century. In 1204 with the fall of Constantinople (modern-day Istanbul) in the Fourth Crusade, Mykonos was occupied by Andrea Ghisi, a Venetian nobleman and relative of the then Doge of Venice, who was the first Lord of Tinos and Mykonos. The island was ravaged by the Catalans at the end of the 13th Century and finally given over to direct Venetian rule in 1390.

The Venetians reigned Mykonos for over a hundred years but in 1537 was attacked by Hayreddin Barbarossa, the admiral of Suleiman the Magnificent, as a consequence of which an Ottoman fleet established itself on the Mykonos. The Ottomans, under the leadership of Kapudan Pasha, put in place a governor, appointed by a council, and implemented a system of self-governance.

Mykonos prospered as a trading centre up until the end of the 18th Century, attracting many immigrants from nearby islands, in addition to regular pirate raids.

The Greek Revolution against the Ottoman Empire broke out in 1821, with Mykonos playing an important role, under the leadership of national heroine, Manto Mavrogenous: a well-educated aristocrat guided by the ideas of the Enlightenment, who sacrificed her family's fortune for the Greek cause. A statue of her sits in the middle of Mando Mavrogenous square in the main town. 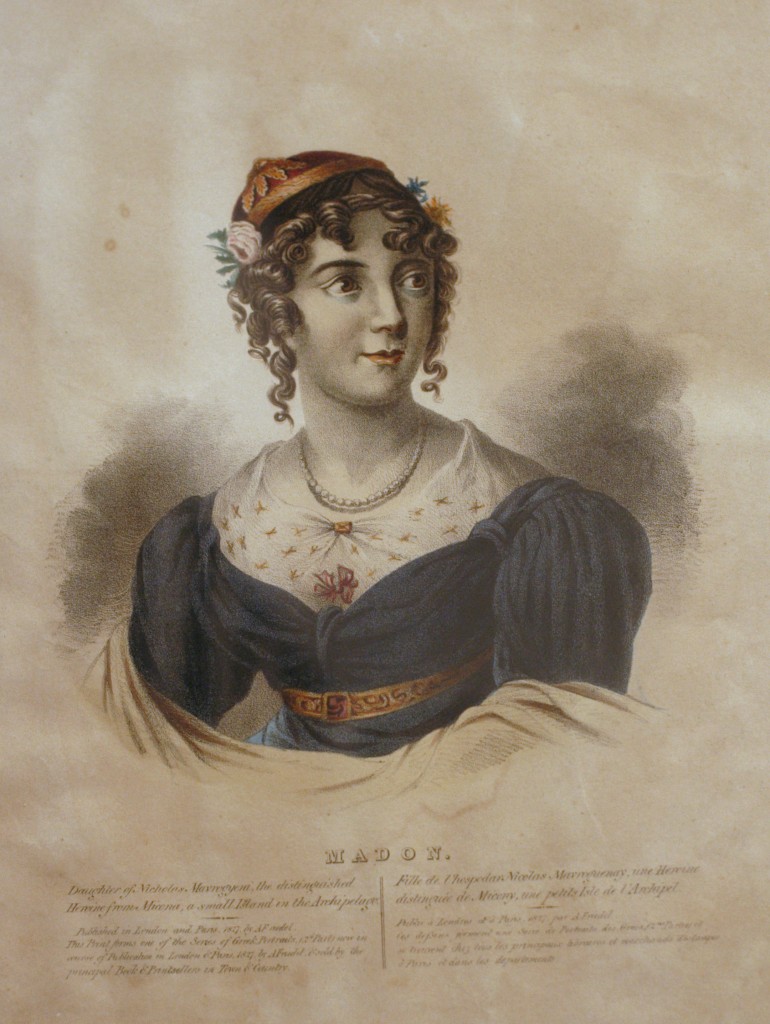 Portrait of Manto Mavrogenous at the Aegean Maritime Museum in Mykonos

As a result of sailing and merchant activity, the economy picked up, only to decline again during the late 19th Century, in part caused by the opening of the Corinth Canal in 1904 and then the First World War. Many Mykonians left the island to find work in mainland Greece, or further afield, emigrating overseas.

Soon tourism came to dominate the local Mykonos economy, driven by the important excavations carried out by the French School of Archaeology on Delos, whose work began in 1873.  The industrial revolution and the rise of moneyed middle class built on this, with improved travel facilities adding further.

The 20th Century saw Mykonos tourism boom – the climate, history, beaches and Aegean Sea, are a successful and attractive combination.  The 60s, 70s, 80s and beyond all saw Mykonos secure and build its prize position on the international must-do destination list.

Mykonos today is one of the premier international holiday and vacation destinations in the world: the expansion of the port to enable servicing of superyachts, the arrival of international restaurants and global brands all add to the experience: Frank Muller, Louis Vuitton, Dsquared2, Buddah Bar, Nobu and a wide range of local designers like 'ergon Mykonos blend to create a heady mix.