Our Guide to London’s Open House 2018

For one weekend only, many famous and hidden buildings across the city open their doors to the public, allowing them to see some genuinely spectacular feats of architecture and design: lost rooms, forgotten buildings, historical landmarks; skyline landmarks from the past, present, all accessible and free of charge.

Open House London is the world’s largest architectural festival, accommodating over 800 buildings, walks, talks and tours, and sees over 250,000 people explore the city. Whether it is history, architecture or just curiosity that compels you to explore, there is bound to be something of interest.

Open House started 25 years ago in 1992 and was the idea of founder Victoria Thornton. Thornton believed that the best way of inspiring people about the importance and benefits of great design was for them to see and experience it first hand, at no cost. She felt strongly that the best cities arise when an informed and diverse public play an active role in shaping and maintaining them. Allowing great design in architecture, urban planning and infrastructure to transform areas and the lives of the people that live and work in them for the better.

The event brings together the city makers: architects, developers, engineers, contractors, and the public. With over 800 locations to choose from, narrowing a final selection is a challenge. Our favourites have been selected based on fame, location, impact and history:

This is one of the newer buildings on the London skyline and attracted a great deal of interest, both regarding its choice of location and the creation of the Embassy Quarter in London, as well as President Trump’s connection to the opening of the building. The new US Embassy in Nine Elms boasts energy-efficient building techniques and transparent design intended to mirror the values of freedom.

London’s greatest estate, the capital’s largest redevelopment site and the last remaining site of scale in central London. A programme uncovering the hidden narrative of Old Oak and Park Royal, which was one of the country’s most important industrial areas and the heart of ‘making’ in London. The area includes open factories, covering 1,600 acres, equivalent in size to the City of London. It is already home to 2,000 businesses, 40,000 employees and 4,000 residents, but by 2026 will be a major transport hub and the only place in the UK where Crossrail meets HS2.

Open House visitors can witness the £26 billion transformation of marshland and former industrial sheds into a new town connecting London with the Midlands and 25,500 new homes.

An extravagant building fit for royalty. This private palace, originally built for the Duke of York, has a magnificent central hall and staircase. You can access the whole house including fine rooms on ground and first floor.

For the very first time, the London Coliseum – the largest theatre in the West End with 2,359 seats is to be part of part Open House. Creating the opportunity to admire some of its original Edwardian ‘Free Baroque’ architectural features and take an historical tour.

Masterplan – White City The redevelopment of the British Broadcasting Corporation’s (BBC) famous hub has introduced homes, offices, public spaces, as well as new studios for the BBC. The on-going project will see the ’50s listed building, including the famous Television Centre forecourt façade and Studio 1, preserved and is open to the public for the first time. Architect-led tours are taking place every 30 minutes.

Alfred Waterhouse won the right to design an impressive Victorian neoclassical building overlooking the Thames (near the Embankment). It is the second largest clubhouse ever built and the first London building to incorporate a lift and be entirely lit by electricity. It was also one of the first Gentlemen’s Clubs in London to admit women. 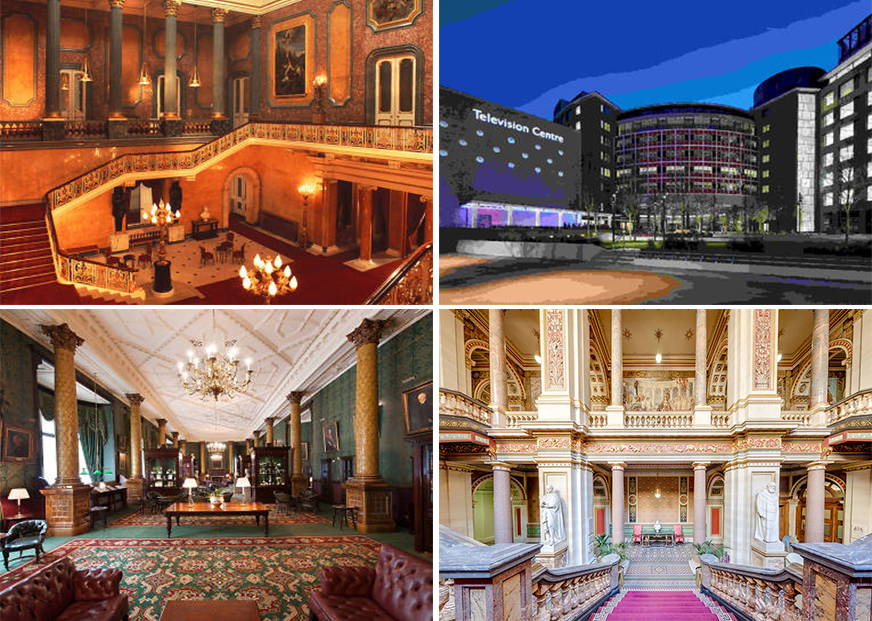 You can download the Open House app from Saturday 22nd September in order to easily discover projects and buildings to see near you. The full list of participating locations and events can be found of the Open House London website.

The concept of Open House has spread around the world and currently over 35 cities in 5 continents take part, including: New York, Beunos Aires, Rome, Lisbon, Tel Aviv, Macau and Melbourne.  You can find full details here: www.openhouseworldwide.org