What does Article 50 mean for the luxury prime Central London Property Market? 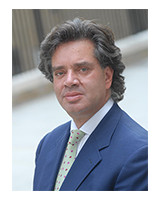 Article 50 did not mark the beginning of a new era, nor the end of an old one and neither did it come as a surprise to anyone with half an ear to the news media. In fact, there was a tangible sense of relief around our part of London that the prevaricating and posturing which have dogged the last few months will, at least, be replaced by the official negotiations. The tone from both camps was markedly more conciliatory in the days following Article 50 and it is clear that the intention is to reach an acceptable new deal that will work for the future of the UK and for the EU.

The prime central London residential market has been slow throughout 2015 and 2016 because of the punitive rates of stamp duty that were imposed on high value properties in December 2014 and second homes in early 2016.

Uncertainty around Brexit added to the mix and sales volumes in 2016 fell a further 20% on 2015 levels.  The loss of confidence in the UK economy following the Referendum brought some respite to the prime central London property market, reigniting the interest of overseas buyers who found their buying power substantially boosted by the fall in the value of sterling.

Our own Beauchamp Estates Ultra-Prime Barometer, published in January 2017, showed how a dollar-denominated buyer paying $4,741 per sq ft for a property in Mayfair in January, would have paid $5,306 per sq ft for the same property a year earlier. Already some economists are of the view that the pound will bounce back this year.

Oxford Economics has been reported saying that the pound is undervalued ‘on a wide range of valuation metrics’ and the view of a Barclays analyst, as reported in the Daily Telegraph, was that ‘sterling has only been cheaper against a basket of currencies during the depths of the financial crisis and the International Monetary Fund’s UK bail-out in the 1970s’.

The same article goes on to quote Barclays, Citi and Nomura predicting that if ‘the constructive tone adopted by the UK and Brussels continued’ then bets against sterling will start to unwind. Oxford Economics expects the pound to rise to $1.32 against the dollar by the end of 2017 from $1.25 at the end of Q1.

If they are right, the benign buying conditions for overseas buyers in London today will be relatively short-lived and that fact alone is likely to give a fillip to the markets in prime central London this year; the current exchange rate advantage goes a long way towards off-setting the stamp duty costs for many buyers.

London’s famously cosmopolitan population and its global outlook is one of its greatest strengths. One million EU citizens live and work in London. Almost 60% of the EU nationals living in London are in professional or managerial positions. Over 15% of the workers in London’s financial sector were born in an EU country. They are tightly integrated into the economy of this great city and they have substantial power and influence.

London Mayor, Sadiq Khan, has made it eminently clear that he has every intention of protecting the interests of overseas citizens living and working in London and of encouraging new ones, summed up with his slogan ‘London is Open’. Last week he announced an agreement between Paris and London to support start-ups and entrepreneurs, saying: “London and Paris are two of the greatest cities in the world and we have so much to gain from joining forces … Never underestimate the incredible benefits to be found when major cities do business together.”

The league table of global financial centres published by the Z/Yen Group in March 2017 reinforced London’s enduring appeal as it retained its well-earned place as the world’s leading financial centre, ahead of New York and Singapore in second and third places.

In another survey, this time the 2017 global Alpha Cities Index, London remains the most desirable city in the world for ultra-high net worth individuals (UHNWIs). The same report predicts that the number of UHNWIs living in the UK is set to rise by 30% over the next 10 years.

Confidence is contagious - in a poll of Chief Financial Officers (CFOs) carried out by Deloitte, 31% felt better about the prospects for their business than they did just three months ago. Spring is traditionally a time of reawakening for the housing markets and, after a prolonged period of post-Brexit hibernation, activity rates in our markets are on the rise.